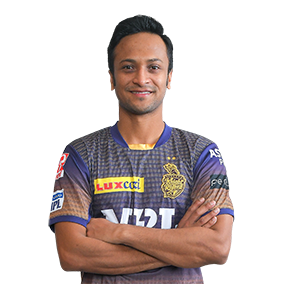 Shakib Al Hasan is arguably Bangladesh’s greatest cricketer. A dependable left-handed batsman who can anchor the innings, a wicket-taking orthodox bowler who can keep it tight and a safe fielder, Shakib has rallied his nation with consistent performances across formats. Since the late 2010s, he has been their mainstay and has also captained them. On the world stage, his finest hour came during the 2019 World Cup in England where he scored a mind-boggling 606 runs along with 11 wickets – statistics that truly highlight his value. Picked by the Kolkata Knight Riders in 2011, he was an important part of their two title-winning sides in 2012 and 2014. In the 2012 final, his calm cameo at the end helped Kolkata clinch the title. As an all-rounder, he is invaluable to any side in T20 cricket. In 2018, Shakib had been picked by the Sunrisers Hyderabad. He now returns to Kolkata, where he first tasted IPL success. Manish grabbed No.3 spot with both hands - Shakib