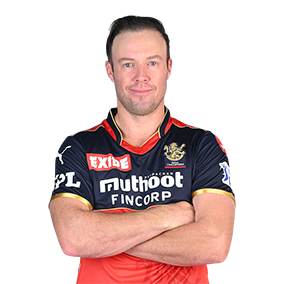 The second player to be retained ahead of the IPL 2018 Player Auction, AB de Villiers also known as the 360 degree batsman, possesses hard hitting skills, more than decent wicket-keeper and an agile fielder that can put an acrobat to shame on the cricket field. On a good day, AB can single handedly win you matches. He can switch from classical batting to playing more innovative strokes and that sets him apart from most South African batsmen. For RCB, de Villiers has had many an eye catching innings, even picking up an award for the most power packed knock in the 2012 IPL for his assault on Dale Steyn. He has been a finisher par excellence, hitting a sublime hundred in Mumbai in 2015 and another in Bengaluru against Gujarat Lions in 2016. With Virat Kohli, AB has posted five 100+ partnerships for RCB and two 200+ partnerships, the only pair in the world to post two such partnerships. He made 687 runs in the 2016, finishing third on the runs chart.