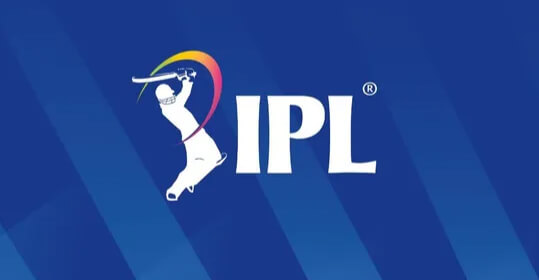 It rained fours and sixes at the SCA Stadium in Rajkot. It was carnage. When the Gujarat Lions, put in to bat first on a fantastic batting surface, finished with 183-4, they must have thought they had enough on the board. The Kolkata Knight Riders went one better in their reply; they made light work of what was meant to be a testing target. KKR's new opening pair of Gautam Gambhir and Chris Lynn added a record 184 runs in 14.5 overs to power their team to an emphatic 10-wicket victory and their team the first win of VIVO IPL 2017.

KKR had used Gambhir and Robin Uthappa as their opening pair through the last two seasons, and it was a therefore a surprise to see Gambhir walk out with Lynn at the start of the run-chase. However, the decision turned out to be a masterstroke, for the Australian tore into the Gujarat Lions bowling attack.

Gambhir was the aggressor early on, though Lynn was never too far behind. At the end of six overs Gambhir had raced to 40 off 23 balls, while Lynn was 27 from 13. In the seventh over, Lynn stepped into overdrive, picking up 23 runs of a Dwayne Smith over as he raced to his half-century off only 19 balls, the second-fastest by a KKR batsman.

With Lynn connecting so well, Gambhir slowly slipped into the supporting act; the KKR skipper brought up his half-century in the tenth over, getting there of 33 balls. Boundaries came thick and fast from both ends, the bowlers lost their disciplines under pressure and even good fielders like Brendon McCullum made mistakes on the field.

Gambhir and Lynn motored along, breaking the record for the highest opening partnership in the IPL, set by Chris Gayle and Tillakaratne Dilshan in 2013; they extended their association to 184 and walked back a happy pair after accomplishing the job without as much breaking a sweat. Gambhir was unbeaten on 76 (made from 48 balls), while Lynn smashed six fours and eight sixes in his 41-ball 93.

Earlier in the evening, perhaps influenced by the fact that the Gujarat Lions were immensely successful in run-chases last season, the KKR captain Gautam Gambhir won the toss and asked the hosts to take first strike. Very early into the innings, the KKR skipper might have rued his decision as the Lions opening pair of Jason Roy and Brendon McCullum began with a flurry of boundaries.

But Piyush Chawla and Kuldeep Yadav struck thrice - dismissing Roy (14), McCullum (35) and Aaron Finch (15) before they could cause major damage. KKR pulled things back after Finch was dismissed in the eleventh over; they only conceded 39 runs between overs 11 and 16.

Raina, who was put down twice - on 12 and 50 - reached a special milestone early in his innings; soon after he was put down the first time, he picked up a brace which took his aggregate runs in the IPL to 4112 and made him the highest run-getter in the competition.

In the final five overs, Raina and Dinesh Karthik opened their shoulders and picked up a few boundaries; the fourth wicket pair added 87 in 9.3 overs. Karthik (47 from 25 balls) was dismissed off the penultimate ball of the innings, while Raina walked back unbeaten on 68. The Gujarat Lions finished their 20 overs at 183-4 - their highest total batting first.

Man of the Match: Chris Lynn