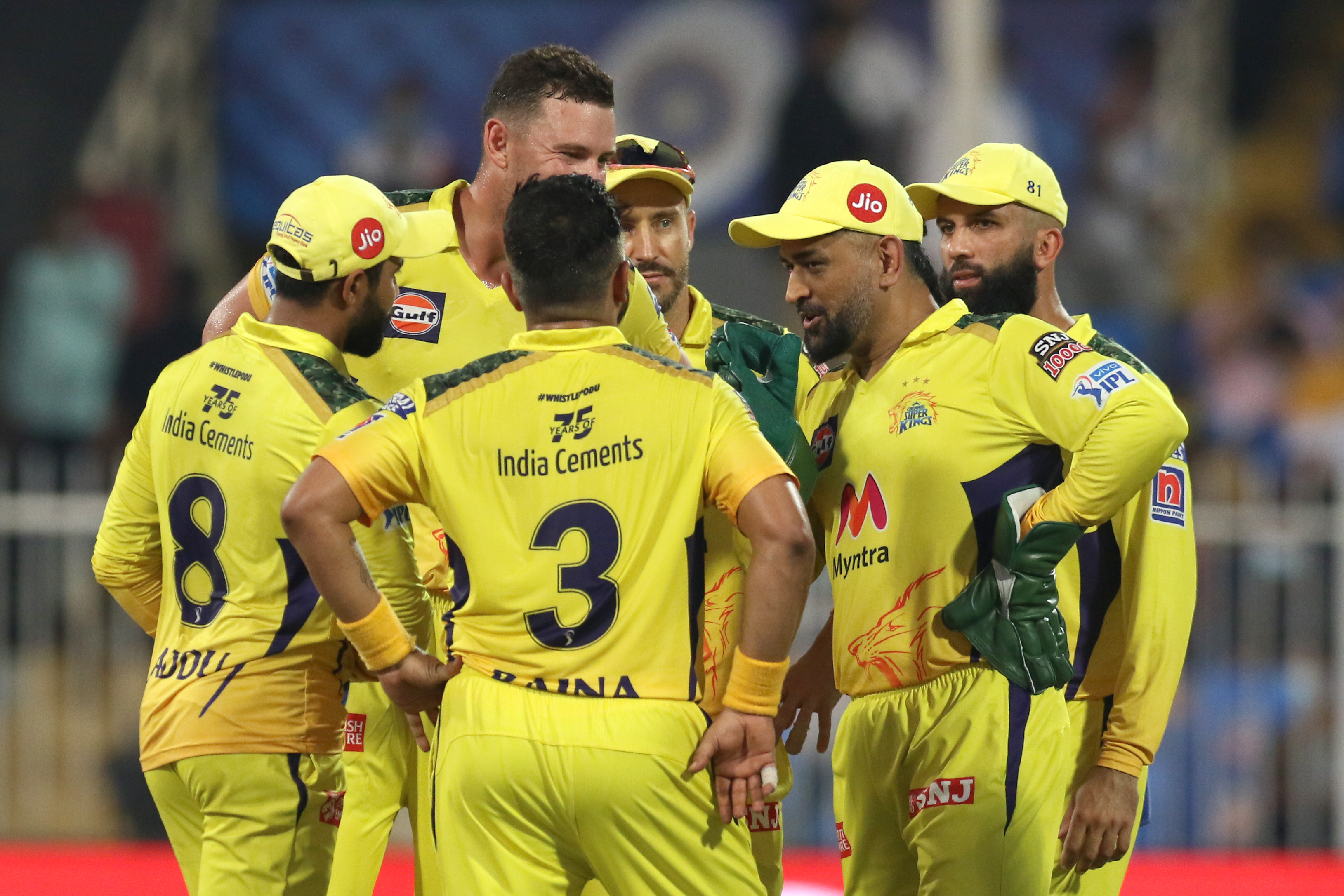 Chennai Super Kings’ (CSK) beat Sunrisers Hyderabad (SRH) in Match 44 of the VIVO Indian Premier League (IPL) 2021 in Sharjah on Thursday and with it, became the first team to seal a place in the playoffs.

After keeping things tight with the ball to limit SRH to 134/9, CSK chased down the target in 19.4 overs & with 6 wickets in hand to register their ninth win of the season.

Ruturaj Gaikwad and Faf du Plessis continued their solid show with the bat for CSK at the top to set the platform for a comfortable win. The pair put on yet another half-century stand to set the ball rolling for CSK and took the side to 75/0, with some brilliant stroke-making, after 10 overs in the chase.

Jason Holder then provided SRH with a much-needed breakthrough in the 11th over as he dismissed Gaikwad for 45.

Moeen Ali then joined du Plessis in the middle and the two took CSK past 100. However, SRH struck back via Rashid Khan and Holder as the two shared three wickets between them dismissing Moeen, Suresh Raina and du Plessis.

Ambati Rayudu and captain MS Dhoni though made sure that CSK did not lose any more wickets and took the side across the finish line, with Captain Cool sealing the match with his trademark six.

Earlier SRH, who were put into bat, remained unchanged while CSK made one change, bringing in Dwayne Bravo replacing Sam Curran.

CSK conceded just five runs in the first two overs before Wriddhiman Saha tonked two sixes off Deepak Chahar in the third over. However, CSK had their first success with the ball as Josh Hazlewood dismissed Jason Roy in the fourth over.

While SRH finished the powerplay at 41/1, they lost their second wicket soon after as Dwayne Bravo trapped Kane Williamson before the wickets. Priyam Garg and Saha then added 23 runs together but the two got out in the space of eight runs. While Bravo had the better of Garg, Jadeja dismissed Saha for 44 as Dhoni took his 100th IPL catch as the CSK wicketkeeper.

Abhishek Sharma and Abdul Samad then added 35 runs together to push SRH past 100. But Hazlewood’s double-wicket 17th over helped CSK see the back of the two. Shardul Thakur then got Jason Holder out in the penultimate over before CSK limited SRH to 134/7.