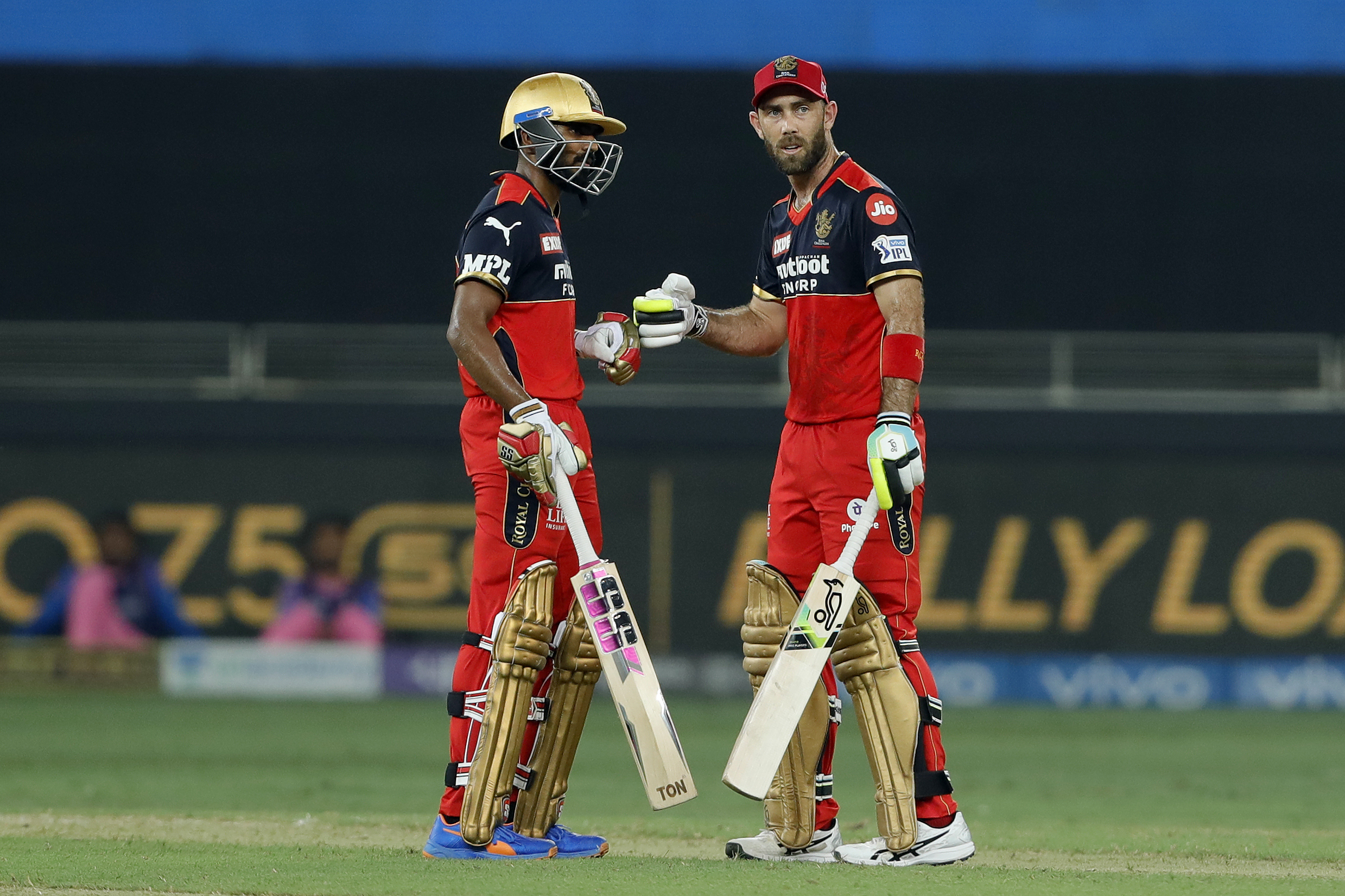 An all-round bowling performance and Glenn Maxwell’s fifty were the highlights as Royal Challengers Bangalore (RCB) beat Rajasthan Royals (RR) by seven wickets in Match 43 of the VIVO Indian Premier League (IPL) 2021 in Dubai on Wednesday.

The Virat Kohli-led unit, who needed 150 runs to win, chased down the target in 17.1 overs and bagged two points.

In the chase, were quick off the blocks as captain Virat Kohli creamed three fours in the first over. While Kohli added one more to his account, Devdutt Padikkal hit a four each in the second over.

The left-hander got a reprieve in the third over and he creamed three fours in the next two overs. But he got out in the final over of the powerplay as Mustafizur Rahman disturbed the timber to give RR their first wicket.

In the seventh over, RR scalped the big wicket of Kohli, following a brilliant run-out from Riyan Parag, who put a dive at point, stopped the ball and then, with a direct-hit at the non-striker’s end caught the RCB skipper short of his crease.

KS Bharat and Maxwell then joined forces and put on a 69-run stand to take RCB closer to a victory. The pair cashed in on every scoring opportunity and kept the scorecard ticking, making sure RCB were not under any run-rate pressure.

While Bharat got out in the 16th over after scoring a well-compiled 44, Maxwell scored an unbeaten 50 as he and AB de Villiers took RCB home.

Earlier, after put in to bat, RR were off to a flying start, courtesy Yashasvi Jaiswal and Evin Lewis. The pair, after scoring 8 runs in the first two overs, scored 13 off the third over bowled by Glenn Maxwell. Lewis then went after Garton, creaming two sixes and a four. He then targeted Harshal Patel, hitting a four and a six as RR moved past fifty.

While Mohammed Siraj bowled a four-run over to close the powerplay, Jaiswal creamed two fours in the seventh over off Daniel Christian and then followed it up with a six in the ninth over bowled by the RCB all-round. However, Christian returned the favour as he dismissed Jaiswal in the same over to give RCB a much-needed breakthrough.

Lewis then brought up his fifty in the 10th over before RR brought up their 100 in the next over.

RCB picked the second RR wicket as debutant Garton dismissed Lewis as RCB started to pull things back. In the 13th over, Yuzvnedra Chahal had the better of Mahipal Lomror before Shahbaz Ahmed’s double-wicket over, where he dismissed Samson and Rahul Tewatia, reduced RR to 117/5.

Chahal completed his quota of four overs, picking his second wicket as RR lost their sixth wicket in the form of Liam Livingstone.

Harshal Patel, who had taken a hat-trick in RCB’s last game against Mumbai Indians, went on to bowl a sensational three-wicket final over, dismissing Riyan Parag, Chris Morris and Chetan Sakariya as RCB restricted RR to 149/9.