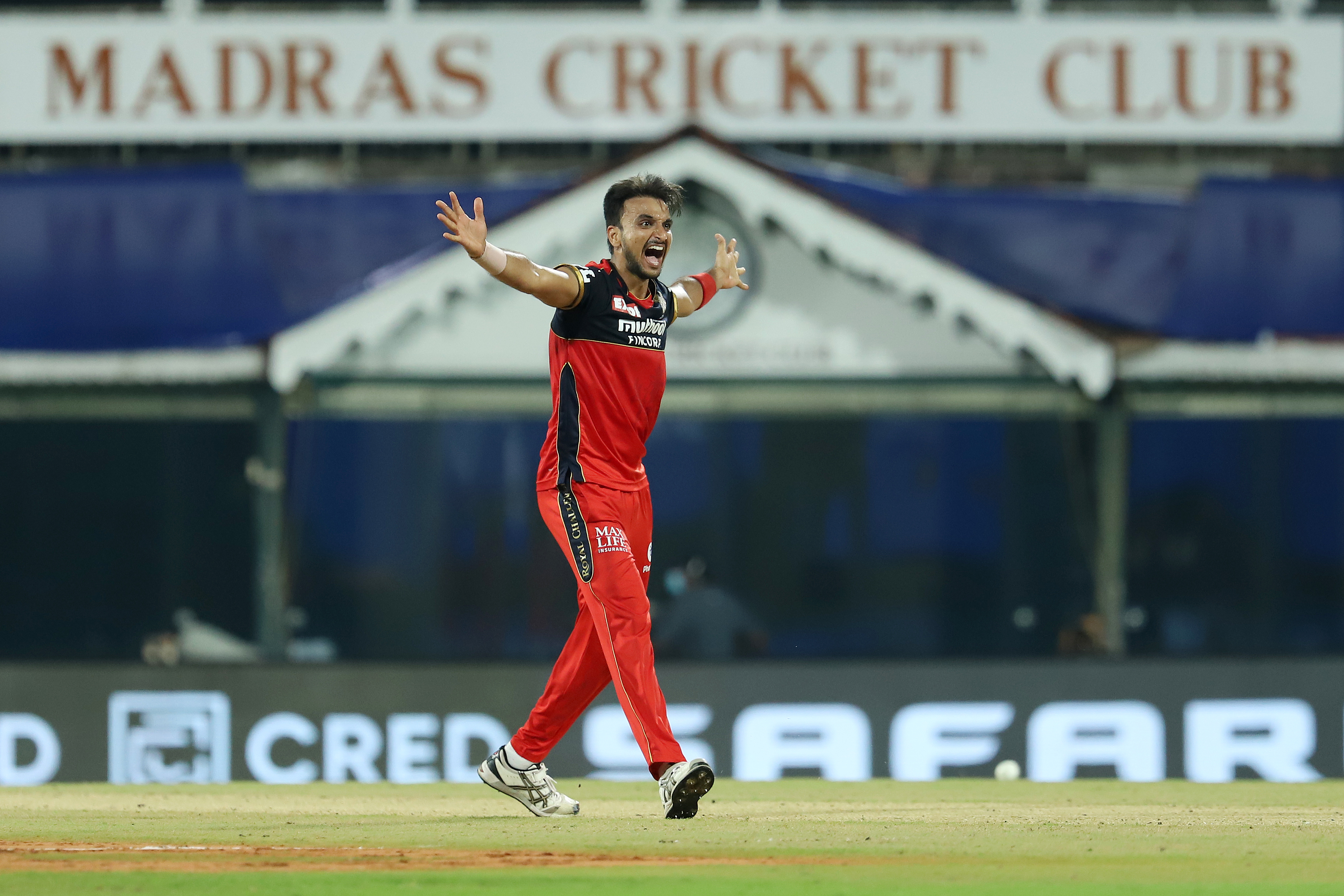 Royal Challengers Bangalore (RCB) kicked off their VIVO Indian Premier League (IPL) 2021 campaign with a 2-wicket win against the Mumbai Indians (MI) on Friday at the M. A. Chidambaram Stadium in Chennai.

Harshal Patel starred with the ball, picking a fifer and AB de Villiers provided the finishing touch, giving RCB their first win of the season.

Chris Lynn along with the six-foot-eight-inch left-arm Proteas seamer, Marco Jansen made their respective debuts for MI.

Chasing a total of 160, Washington Sundar, who opened the batting for the first time in the IPL was dropped off Boult on the second ball of the innings. The RCB skipper Virat Kohli at the other end got off the mark with a leading edge that raced away to the boundary.

Krunal Pandya provided the early breakthrough for MI, dismissing Sundar in the 5th over.   Rajat Patidar, who walked in next, hit a boundary before he was knocked over by a beauty from Boult, giving MI their second wicket.

Maxwell joined skipper Kohli in the middle with RCB trying to rebuild after two wickets falling inside the powerplay.

Rahul Chahar was introduced into the attack and Glenn Maxwell took the leg-spinner on, perfectly executing his trademark switch hit and later played a lofted drive inside out, producing the same result.

At the halfway stage, RCB were 75-2 with both Maxwell and Kohli looking settled. In the eleventh over, Maxwell tonked Krunal Pandya for a maximum that went deep into the night sky and out of Chepauk.

RCB were cruising, thanks to the Big Show and MI were desperately looking for a breakthrough. Jasprit Bumrah was brought back to the attack and he got the job done for the team, dismissing the RCB skipper in the 13th over.

MI got two timely wickets in quick succession including the wicket of well-settled Maxwell. But AB de Villiers, who was joined by Daniel Christian, got 15 runs off Rahul Chahar, getting RCB closer to the ask, with four overs to go.

Skipper Rohit Sharma handed over the ball to the best in the business – Jasprit Bumrah and he delivered once again, dismissing Daniel Christian and conceding just 5 runs in the 17th over.

AB de Villiers kept RCB’s hopes alive after the righthander smashed 15 runs off the 18th over bowled by Boult as well as struck two crucial boundaries against Bumrah in the penultimate over.

With 3 runs required off the last 3 deliveries, de Villiers ran himself out in an attempt to steal a double but RCB got off the line, winning on the last ball.

Earlier, RCB, who elected to bowl first, were joined by some fresh faces in the squad in the form of Glenn Maxwell, Kyle Jamieson, and Rajat Patidar. Daniel Christian was also back after eight years for the same franchise.

The MI openers got off to a watchful start with both Siraj and Jamieson being right on the money with the new ball, conceding only 12 runs in the first three overs.

Rohit Sharma eased off the pressure after lofting Chahal over mid-on for the first six of the season but was soon run out after a slight confusion between the MI skipper and Chris Lynn, giving RCB their first breakthrough.

Suryakumar Yadav, who was the next man in, got off the mark in style with a boundary as the Mumbai Indians reached 41/1 at the end of the powerplay.

Although Lynn took his time to settle, the right-hander was up and running after he took on the left-arm spinner Shahbaz Ahmed, smashing 14 runs in the over. A front-foot no-ball from Harshal Patel bettered Lynn’s confidence as the right-hander took full advantage of the free hit.

The duo negated the early wicket pressure after bringing up the fifty partnership between the two as the Mumbai Indians moved to 86/1 at the halfway stage.

Kyle Jamieson provided the all-important breakthrough of the dangerous-looking Suryakumar Yadav in the 11th over after skipper Virat Kohli handed over the ball to the right-arm pacer, eventually turning out to be a fruitful decision.

Washington Sundar was introduced in the 13th over and he made it count by taking an excellent running catch off his own bowling to dismiss Chris Lynn, who fell one short of his fifty.

Despite losing wickets in quick succession, Hardik Pandya and Ishan Kishan ensured the boundaries kept coming in for the Mumbai Indians as they approached the business end of the innings.

Harshal Patel broke the 30-run partnership with a cleverly bowled slower delivery that trapped Hardik Pandya, who walked across the stumps, followed by Ishan Kishan who was dismissed in the same fashion, after being dropped twice in the deep.

The pacer was back to bowl the final over of the innings and managed to get rid of Krunal Pandya and Keiron Pollard on consecutive deliveries, and then castled Jansen’s stumps in the same over, becoming the first-ever bowler in IPL history to register a fifer against the Mumbai Indians.