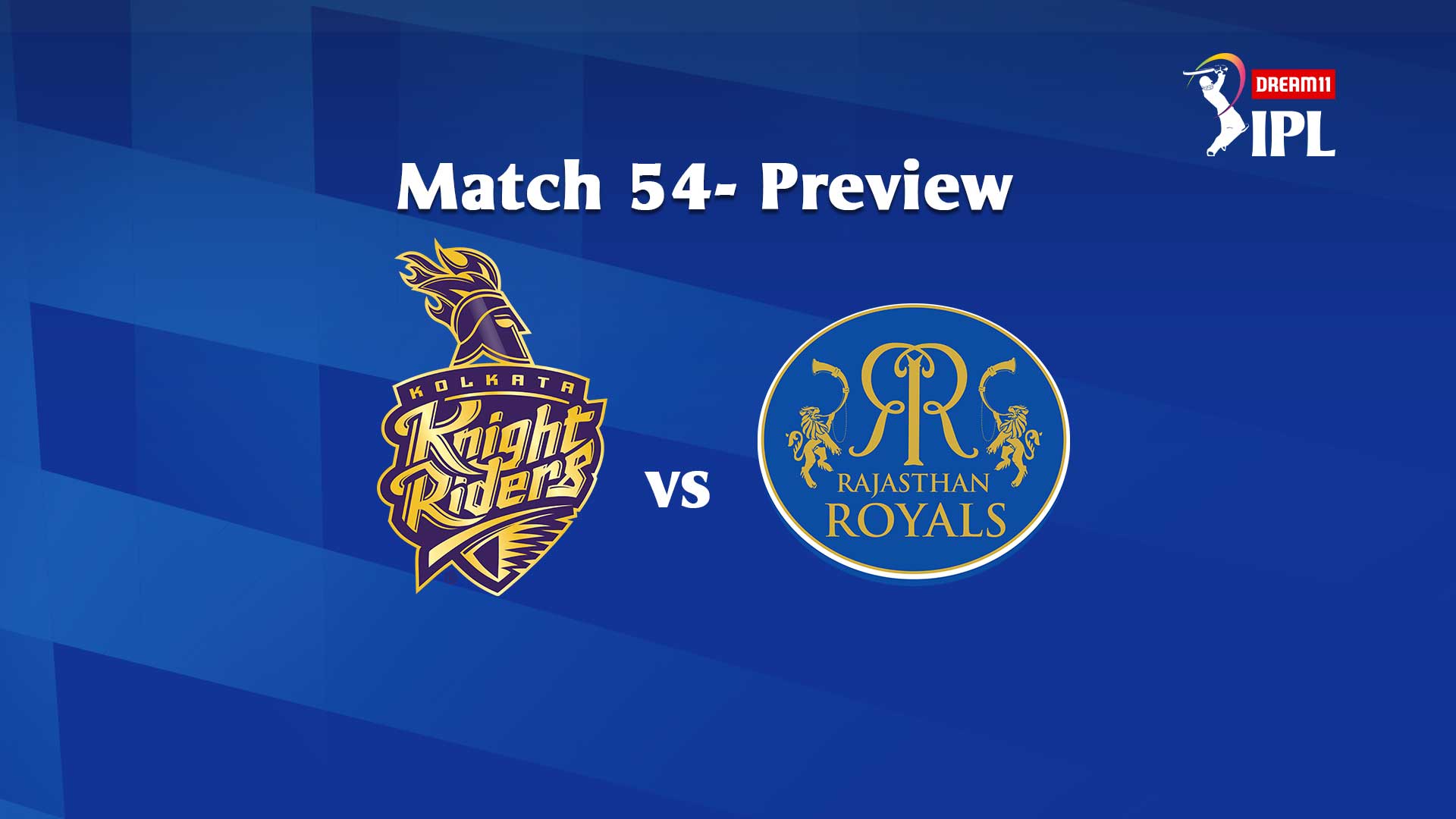 With a hope to seal a place in the playoffs, Kolkata Knight Riders (KKR) and Rajasthan Royals (RR) will play the final game on the final double-header day of the Dream11 Indian Premier League (IPL) 2020 when they square off in Match 54 at the Dubai International Cricket Stadium on Sunday.

KKR are coming into this game on the back of their last-ball defeat against Chennai Super Kings (CSK). On the other hand, RR will be approaching this game following their seven-wicket win against Kings XI Punjab.

KKR and RR have played 13 matches each and have the same win-loss ratio of 6:7. KKR though is marginally ahead of RR on the basis of the net run-rate.

In their last meeting this season, KKR had come out on top, beating RR by 37 runs. While KKR will be looking to secure another win against Steve Smith and Co, RR will be seeking to complete a hat-trick of wins.

As both the teams need a much-needed win to keep alive the playoff hopes, here are the players who could make a difference to the outcome of the match.

Nitish Rana has two fifty-plus scores in his four outings with the bat. While the left-hander scored a match-winning 81 against Delhi Capitals, he scored 87 in KKR’s last game against CSK. The left-hander is expected to open the batting once again and if he comes good with the bat and lay a solid foundation for the likes of Eoin Morgan and Dinesh Karthik, it will give KKR a chance to seal a much-needed win.

107* against Mumbai Indians, 50 and two wickets against KXIP. Ben Stokes hardly put a foot wrong and powered RR to two successive wins to keep alive their playoff hopes. He will once again be someone that RR will bank on against KKR. If the England all-rounder fires once again, RR will be in with a chance to come out on top against KKR.

While KKR lost their last game against CSK, Varun Chakravarthy, their team’s leading wicket-taker, put up another impressive show with the ball and scalped two wickets conceding just 20 runs. If the mystery spinner manages to hold his own against the likes of Stokes, Samson, Smith and Jos Buttler, KKR’s hopes of a win will get a boost.

While Stokes led RR’s charge, Sanju Samson played a perfect supporting act during his side’s twin wins, scoring 54* and 48 against MI and KXIP respectively. The stylish right-handed batsman will be expected to continue in the same vein as RR seek a win in their final league-stage match.

Jofra Archer is one of the finest pacers going around and he once again lived up to that tag, scalping two wickets and conceding just 26 runs in his four overs against KXIP. If the right-arm pacer, who has 19 wickets to his name, manages to continue his fine show with the ball, it will bolster RR’s chances to seal a win.

He walked out to bat in the 18th over during the game against CSK but Dinesh Karthik scored a quickfire 21* off 10 deliveries to push KKR past 170. KKR will hope that their wicketkeeper-batsman enjoys another such outing where he scores big runs at a brisk pace.