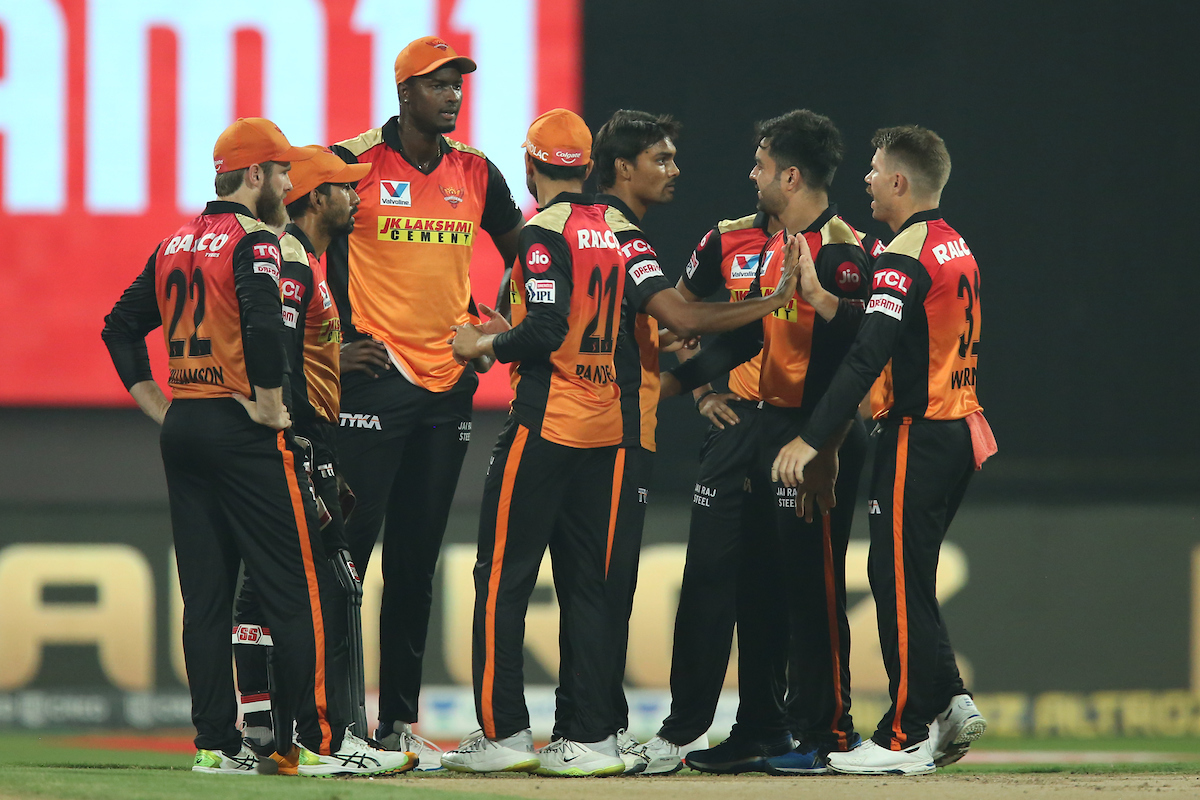 Needing 121 runs to win, SRH lost David Warner in the second over. Manish Pandey, though counterattacked, hitting a six and a four in the next over and Wriddhiman Saha hit his first four of the match in the fourth over as SRH moved past 30.

The Manish-Saha pair added 28 runs in the next two overs as SRH posted 58/1 in the powerplay.

But SRH lost Manish soon after as Yuzvendra Chahal struck in his first over to give RCB their second wicket. The leg-spinner added one more wicket to his account after he deceived with a flight and got him out stumped. RCB continued to put up a fight as Isuru Udana dismissed Kane Williamson in the 13th over.

With 34 needed to seal a win, Jason Holder walked out to bat and slammed 26* off 10 balls as SRH closed out the game with 5.5 overs to spare.

Earlier, SRH, who elected to bowl, brought in Abhishek Shamra in place of an injured Vijay Shankar while RCB made two changes as Isuru Udana and Navdeep Saini replaced Dale Steyn and Shivam Dube in the playing XI.

SRH struck twice in the powerplay as Sandeep Sharma dismissed Devdutt Padikkal in the third over and then followed it up with a big wicket of Virat Kohli in the fifth over after the RCB skipper was caught by Kane Williamson.

SRH had a chance to see the back of AB de Villiers in the seventh over but Shahbaz Nadeem could not hold on to a caught and bowled opportunity.

But Nadeem redeemed himself and made up for that missed opportunity as he got ABD out in the 11th over after Abhishek Sharma completed the catch in the deep. RCB lost their fourth wicket in the next over as Phillipe was holed out at deep mid-wicket off Rashid Khan’s bowling.

Washington Sundar and Gurkeerat Singh Mann then pushed RCB past hundred before the former got out in the 18th over. SRH did not concede many in the last two overs and restricted RCB to 120/7.