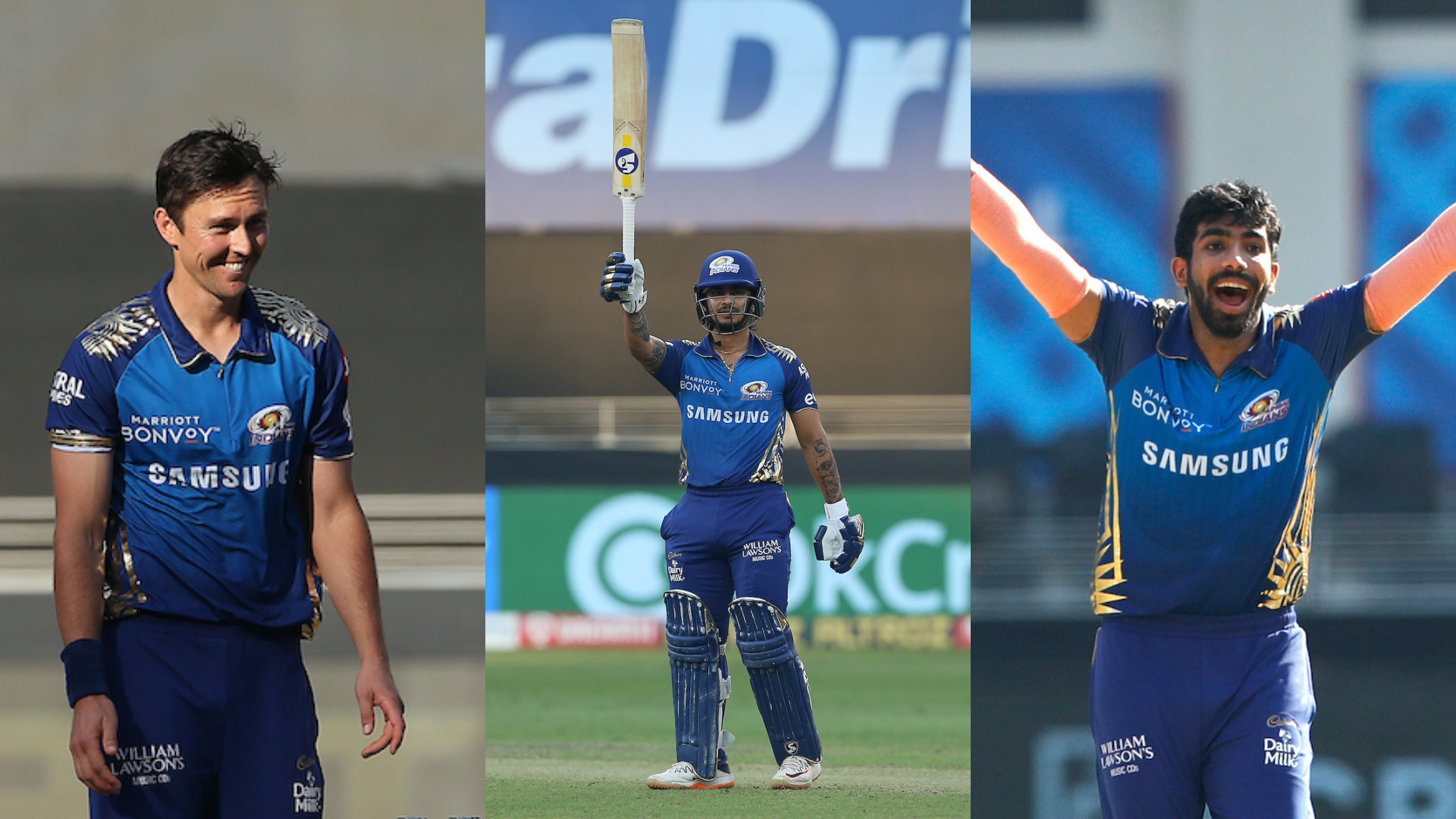 Mumbai Indians (MI) consolidated their position at the top and moved to 18 points after they beat Delhi Capitals (DC) by wickets in Match 51 of the Dream11 Indian Premier League (IPL) 2020 on Saturday.

After Jasprit Bumrah and Trent Boult, who picked three wickets each, restricted DC to 110/9, Ishan Kishan slammed an unbeaten 72 as MI sealed a nine-wicket win at the Dubai International Cricket Stadium to confirm a top-two finish.

In the chase, MI made a watchful start, scoring 10 runs in the first three overs. Ishan Kishan and Quinton de Kock though teamed up to hit three fours in the fourth over before Kishan added two more fours to his account as MI moved to 38/0 after 6 overs.

The pair completed a fifty-run partnership in the ninth over before MI moved to 68/0 at the halfway stage of the chase.

But DC managed to break the opening stand after Anrich Nortje got de Kock out for 26 in the 11th over.

Kishan then brought up his third half-century of the season and 6th overall in the tournament. While Suryakumar Yadav scored 12*Kishan hammered 22 runs following his fifty to power his side to a win, with 5.4 overs to spare.

Earlier, MI, who elected to bowl after Kieron Pollard won the toss, made two changes to their team as Jayant Yadav and Nathan Coulter-Nile replaced Hardik Pandya and James Pattinson. Meanwhile, for DC, Prithvi Shaw and Harshal Patel returned to the team while Pravin Dubey made his debut.

MI struck in the first over as Trent Boult dismissed Shikhar Dhawan for zero after Suryakumar Yadav took a good low catch. The left-arm pacer picked his second wicket in his second over as Quinton de Kock held on to a skyer as DC lost Prithvi Shaw.

MI kept things extremely tight and limited DC to 22/2 at the end of the powerplay.

While Shreyas Iyer and Rishabh Pant added 35 runs together, DC then lost three wickets in the space of 13 runs. First, Iyer got out in the 11th over as de Kock completed a sharp stumping off Rahul Chahar’s bowling.

A over later, Jasprit Bumrah bowled a two-wicket over, dismissing Marcus Stoinis and Rishabh Pant. The speedster picked his third wicket of the match as he trapped Harshal Patel before the wickets as MI left DC reeling at 73/6 after 14 overs.

MI continued to chip away as Coulter-Nile got his first wicket of the match after he dismissed Shimron Hetmyer. MI eventually limited DC 110/9 in 20 overs.