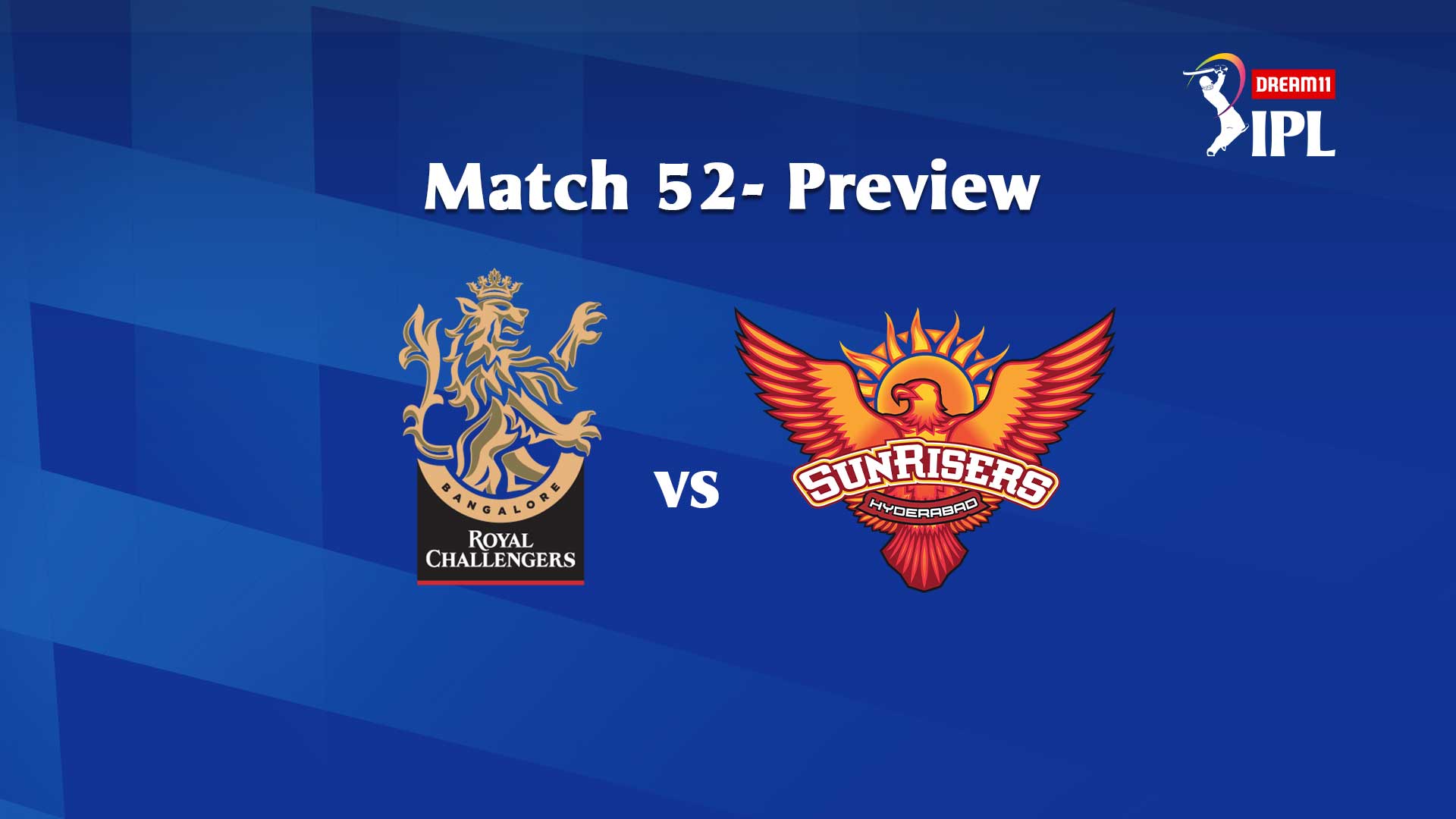 RCB have 7 wins to their name from 12 matches and occupy a place in the top half of the points table. On the other hand, SRH, are on the sixth spot in the standings, having registered 5 wins from 12 games.

RCB, though, are coming into this game following a defeat against Mumbai Indians (MI). Meanwhile, this will be SRH’s first match following their convincing 88-run win against Delhi Capitals (DC).

In their last meeting, RCB came out on top on the back of Yuzvendra Chahal’s three-wicket haul and beat SRH by 10 runs despite Jonny Bairstow’s half-century. While RCB will be looking to better their head-to-head record this season, SRH will be eager to avenge that loss. As both the teams will be trying to achieve their objective, here are the players who could play a big part in the outcome of the game.

Devdutt Padikkal continued to impress as he brought up his third half-century of the season, scoring an attractive 74 off 45 deliveries, in RCB’s last game against MI. The left-hander, who has 417 runs to his name this season, will be looking to continue to his form and give RCB yet another solid start.

David Warner brought in his birthday in some style when SRH took on DC in their last game. The left-hander slammed 66 off 34 balls at the top of the innings, held on to two catches and ended the day on a winning note after his side beat DC by a margin of 88 runs. Warner will be eager to continue in the same vein against RCB.

Yuzvendra Chahal, who scalped three wickets, was the pick of the bowlers when RCB last faced SRH. With 18 wickets to his name, the leg-spinner is currently his side’s leading wicket-taker this season and as he will once again be someone that RCB skipper Virat Kohli will turn to against SRH.

Rashid Khan bowled as many as 17 dot balls and scalped three wickets, conceding just 7 runs in his four overs and went on to register the best bowling figures of the season as SRH beat DC in their last game. The leg-spinner currently has the best economy rate (5.00) amongst the top ten wicket-takers of the season and he will be pivotal to SRH’s success when they take on the likes of Kohli, AB de Villiers, Padikkal amongst others.

While Warner was breathtaking with the bat against DC, Wriddhiman Saha, brought back into the side, dished out an explosive performance with the bat. The right-hander’s 45-ball 87-run blitz powered SRH to 200-plus total, batting first. Although he did not take the field in the second innings due to groin injury, SRH will be hoping that he gets fit and has an encore of his last-match performance.

By his own lofty standards, AB de Villiers did not score many in his last two outings for RCB. He will be itching to change that and go big as RCB seek a return to winning ways in Sharjah. Mr 360 will be looking to make amends and if he comes out all guns blazing, it will bolster RCB’s chances to beat SRH.