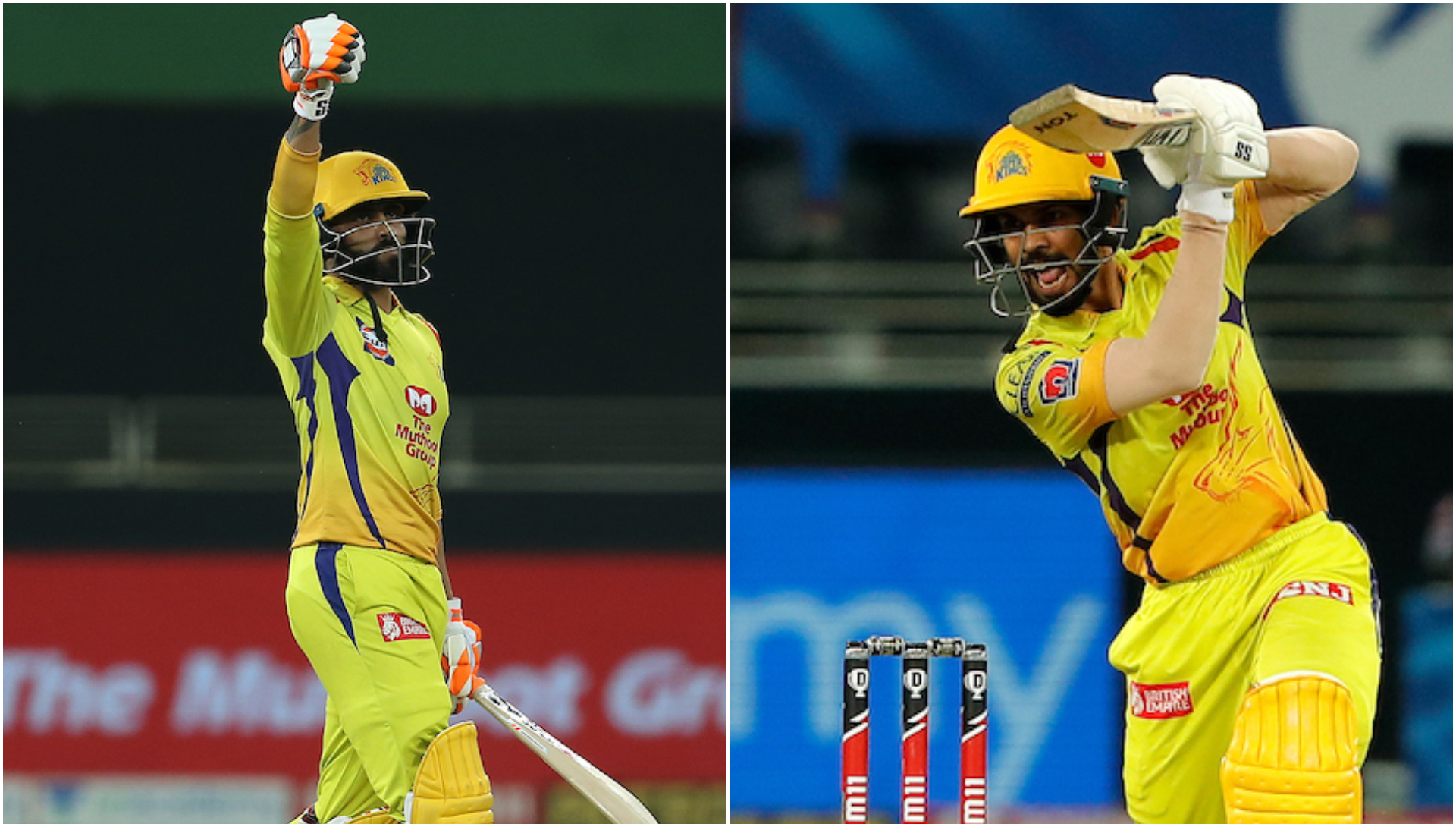 Needing 173 runs to win, CSK made a solid start as Ruturaj Gaikwad, who played some delectable strokes, and Shane Watson scored 44 runs in the powerplay.

The duo completed a fifty-run stand in the eighth over. But the partnership was broken soon after as Watson was holed out in the deep off Varun Chakravarthy’s bowling.

CSK started to up the ante in the 10th over as KKR introduced Nitish Rana in the attack. Ambati Rayudu creamed three fours in the over to push CSK past 70. In the next over, Gaikwad hit a four and a six off Lockie Ferguson.

The 12th over saw Gaikwad bringing up his second successive half-century, CSK crossing their hundred and Gaikwad-Rayudu completing a fifty-run stand.

KKR though started to pull back the things as Pat Cummins and Varun Chakravarthy scalped a wicket each in the 14th and 15th over, dismissing Rayudu and MS Dhoni, respectively. KKR would have also got the wicket of Sam Curran in the 15th over had Chakravarthy completed a caught and bowled chance.

In the next two overs, CSK scored 18 runs and brought down the target to 33 off the last three overs, with seven wickets in hand.

Cummins then picked his second wicket of the match after Gaikwad got out for 72, after the right-arm disturbed the timber.

CSK needed something dramatic as they needed 30 runs from 12 balls to seal a win and Ravindra Jadeja turned it on and did so in some style.

The left-hander hit two fours and a six in the 19th over as CSK scored 20 off the penultimate over bowled by Lockie Ferguson. With 10 needed in the last over, CSK could score 3 from the first four balls. But with 7 needed from the last two deliveries, Jadeja tonked two sixes as CSK sealed a stunning win.

Earlier, CSK made three changes to their team as Shane Watson, Karn Sharma and Lungi Ngidi replaced Faf du Plessis, Imran Tahir and Monu Kumar Singh. KKR made one change as Rinku Singh was brought into the playing XI in place of Prasidh Krishna.

Nitish Rana and Shubman Gill made a watchful start before Rana hit two fours and a six in the final over of the powerplay as KKR scored 15 runs in the over to move to 48/0. In the next over, the two completed a fifty-run stand for the opening wicket.

Karn Sharma, brought into the attack in the eighth over, broke the partnership after he broke through Gill’s defence. Mitchell Santer then had Sunil Narine caught in the deep as CSK picked two wickets in quick succession.

Spin continued to do the trick for CSK as Ravindra Jadeja provided CSK their third wicket after Rinku Singh got out in the 13th over.

Rana brought up his third fifty of the season in the next over before KKR moved past hundred in the 15th over. Rana then took on Karn Sharma, tonking the leg-spinner for three sixes as KKR started to change gears.

The left-hander added two more fours to his account in Chahar’s third and innings 17th over. However, Lungi Ngidi got Rana out after he had scored 87 off 61 balls.

Dinesh Karthik replaced Rana in the middle and got going straightway, hitting two fours from the first four balls he faced. He and Morgan then hit a four each in the penultimate over as KKR eventually posted 172/5 on the board.