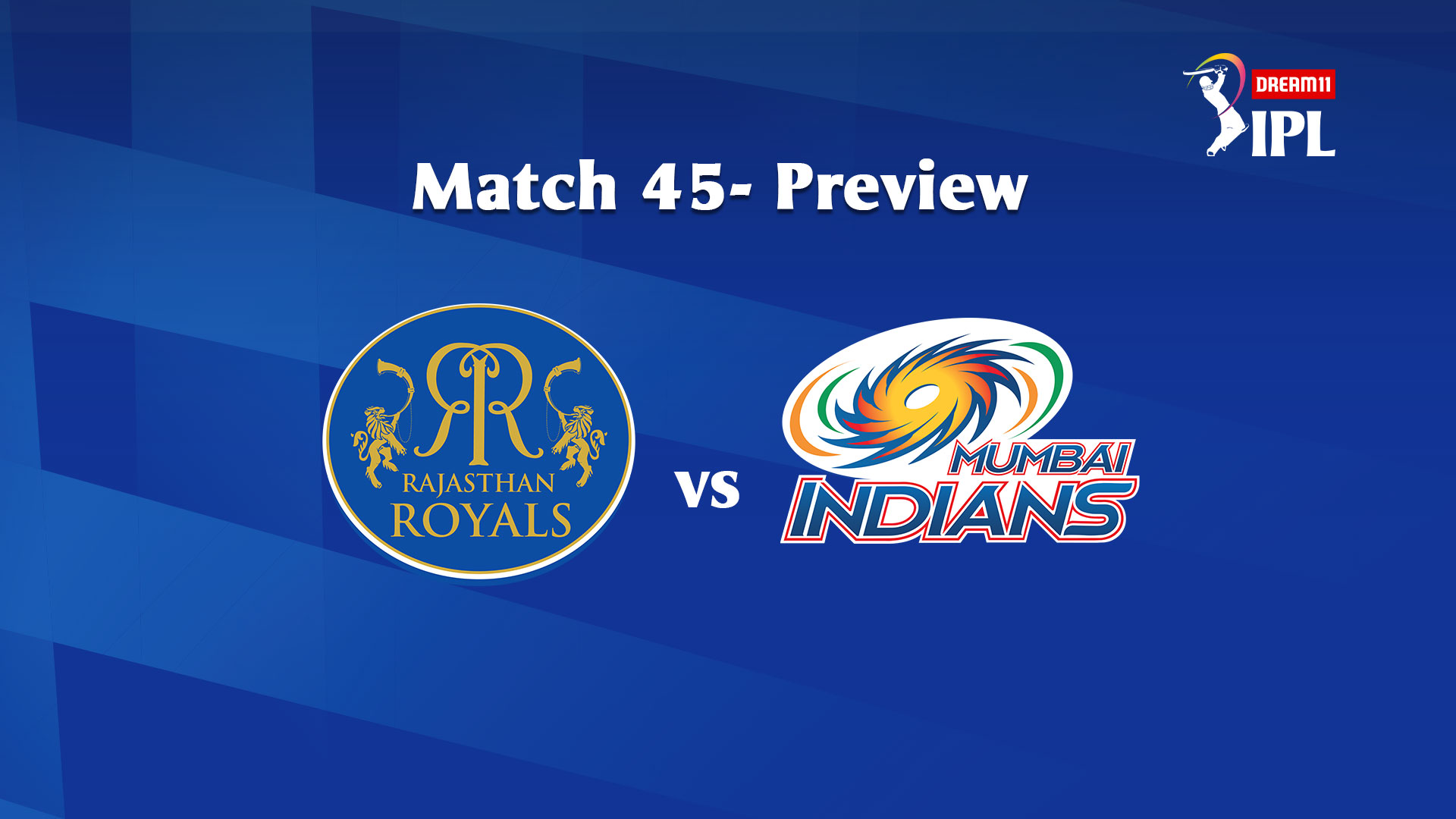 Rajasthan Royals (RR) will seek a winning return as they take on Mumbai Indians (MI) in Match 45 of the Dream11 Indian Premier League (IPL) 2020 at the Sheikh Zayed Stadium in Abu Dhabi on Sunday.

Having secured 7 wins from 10 matches, MI are currently sitting at the top of the points table. While their regular skipper Rohit Sharma did not feature in their last game, they, under Kieron Pollard’s leadership, went on to seal a comprehensive win against Chennai Super Kings (CSK).

On the other hand, RR, are on the seventh spot in the standings having secured 4 wins from their 11 games. The Steve Smith-led side is coming into this game on the back of an eight-wicket loss against Sunrisers Hyderabad (SRH).

In their last meeting, MI beat RR by 57 runs on the back of Suryakumar Yadav’s 79* and Jasprit Bumrah’s four-wicket haul. While MI will be out to make it 2-0 in their head-to-head battle against RR this season, RR will be eager to avenge that loss and register their fifth win.

Here are the five players to watch out for:

Jofra Archer, with 15 wickets from 11 games, is RR’s leading wicket-taker this season. The right-arm pacer has been lethal in the powerplay as well as at the death and he will once again be someone that Steve Smith will rely on as RR look to secure a win to keep their playoff hopes alive.

He was on a roll as MI chased down the CSK target with ten wickets to spare and Ishan Kishan, who hammered 68* off 37 balls in the last game, will be eager to make a mark for the second game in a row.

RR will bank on Jos Buttler to come good with the bat. The last time these two sides squared off, Buttler scored 70 off 44 balls. While he did not have a good outing with the bat in RR’s last game against SRH, Buttler is someone who can single-handedly change the course of the match.

While he did not score a fifty, Quinton de Kock contributed with the bat yet again, scoring an unbeaten 46 at the top of the innings. The MI wicketkeeper-batsman is currently MI’s leading run-getter with 368 runs to his name and he will be looking to continue his fine run of form.

While Jasprit Bumrah-Trent Boult bowling combination wrecked the CSK batting-line up in their last game. While the Indian pacer picked two wickets, the New Zealand left-arm pace picked four to set up MI’s win. The duo has picked 33 wickets so far and will once again be looking to have a fine outing with the ball as MI face RR.

There have been a few starts but Sanju Samson, following his 74 and 85 in the first two games of the season, has not had a big score to show against his name. However, he will be looking to make amends and if he manages to do that against MI, RR will be in with a chance to seal a win.