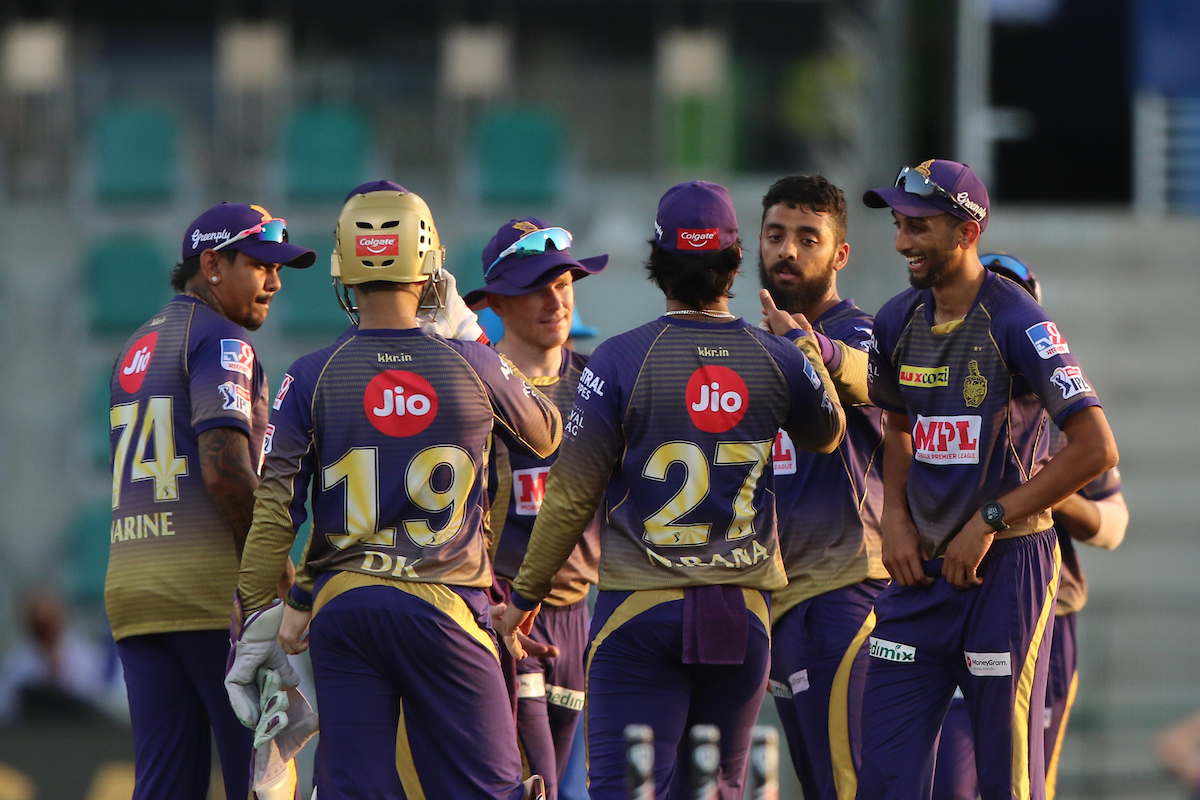 Defending 195, KKR came out all guns blazing as Pat Cummins trapped Ajinkya Rahane before the wickets on the first ball. The right-arm pacer picked his second wicket as he hit the woodwork to dismiss Shikhar Dhawan for 6 in the third over.

Shreyas Iyer and Rishabh Pant kept the scorecard ticking to take DC past fifty in the eighth over. The pair completed the 50-run partnership in the 10th over as DC moved to 64/2 at the halfway stage of the chase.

While Iyer hit a couple of crisp fours in the 11th over, DC lost Pant in the next over after he decided to take on Varun Chakravarthy and was holed out in the deep. The mystery spinner picked two wickets in his next over as he dismissed Shimron Hetmyer and Shreyas Iyer, both caught at long-on.

Shimron Hetmyer, who replaced Pant in the middle, tonked the fourth ball he faced for a six. But, he got out soon after, going for another big shot, as Chakravarthy picked his second wicket.

The mystery spinner continued to make merry and became the first bowler to pick a five-wicket haul in IPL 2020 after he got Marcus Stoinis and Axar Patel in the 16th over.

KKR eventually limited DC to and sealed a 59-run win to register their sixth win of the season.

Earlier, KKR and DC both made two changes each. While Kamlesh Nagarkoti and Sunil Narine were brought in the KKR playing XI to replace Kuldeep Yadav and Tom Banton, DC picked Ajinkya Rahane and Anrich Nortje in place of Prithvi Shaw and Daniel Sams.

While Shubman Gill creamed two fours in the first over bowled by Tushar Deshpande, he got out in the second over as Nortje gave DC their first breakthrough. The right-arm pace struck for the second time in the powerplay as he disturbed the timber to dismiss Rahul Tripathi.

In the eighth over, KKR lost their third wicket after Kagiso Rabada had Dinesh Karthik caught behind the wickets.

Sunil Narine was the next man to walk out to bat and he counterattacked. He took KKR past fifty, hitting a six and a four off R Ashwin in the ninth over. In the next over, Narine hit two fours off Deshpande while Rana tonked a six as KKR moved past 70 at the end of the 10th over.

The pair brought up a fifty-run partnership in the 12th over, scoring 17 runs in Ashwin’s second over and their aggressive approach meant that KKR crossed the 100-run mark, scoring close to 60 runs in four overs.

Rana then brought up his second half-century of the season, hitting a four on the final ball of the 13th over. Stoinis conceded two fours and a six in the next over as KKR continued to score at a rapid pace.

Narine notched up a 24-ball fifty in the 15th over before he and Rana completed a hundred-run partnership in just 47 balls.

The duo’s brilliant 56-ball 115-run stand was broken in the 17th over as Rabada got Narine out after the left-hander scored 64 off 32 balls.

Eoin Morgan, who replaced Narine in the middle, and Rana though made sure that KKR continued their juggernaut as the two added 37 runs from 19 balls.