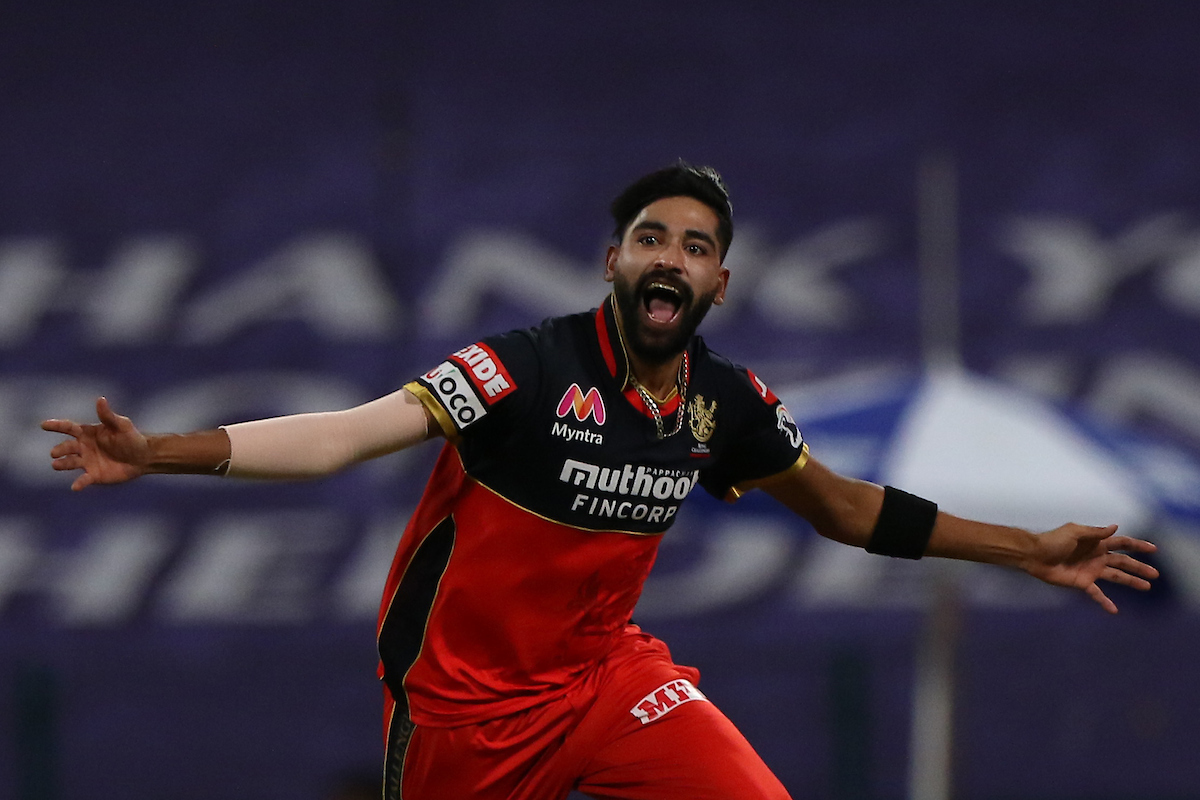 Required 85 runs to win, RCB made a watchful start, scoring 15 runs in the first three overs before Devdutt Padikkal and Aaron Finch hit a four each in the fourth over as RCB scored 13 runs in the over.

The two scored 16 runs over the course of the next two overs as RCB moved to 44/0 at the end of the powerplay.

However, RCB lost both their openers in the seventh over. First, Lockie Ferguson, bowling his first over, dismissed Finch after the right-hander edged one to the wicketkeeper. Then, a mix-up between Gurkeerat Singh Mann and Padikkal saw the latter get run-out for 25.

Virat Kohli and Gurkeerat though made sure that RCB did not lose any wicket as the duo added 39 runs together to help RCB complete an eight-wicket win.

Earlier, KKR brought in Tom Banton and Prasidh Krishna in place of Andre Russell while RCB made one change to their playing XI, picking Mohammed Siraj in place of Shahbaz Ahmed.

Siraj immediately justified his selection as he struck twice in his first over of the match. First, he had Rahul Tripathi caught behind the wickets and then dismissed Nitish Rana, disturbing the timber.

In the next over, Navdeep Saini picked his first wicket as KKR lost Shubman Gill.

Siraj’s wicket-taking merry-making continued as he picked his third wicket of the match after Tom Banton edged one to AB de Villiers in his second over and became the first bowler in the IPL history to bowl two maidens in a match.

RCB introduced spin in the ninth over and Yuzvendra Chahal trapped Dinesh Karthik before the wickets in the same over to give his side its fifth wicket. The leg-spinner scalped his second wicket of the match in the 13th over after Pat Cummins was holed out in the deep.

Washington Sundar joined the wicket-taking party as he got Eoin Morgan out for 30 in the 16th over. Lockie Ferguson and Kuldeep Yadav added 27 runs together as KKR eventually posted 84/8 on the board.