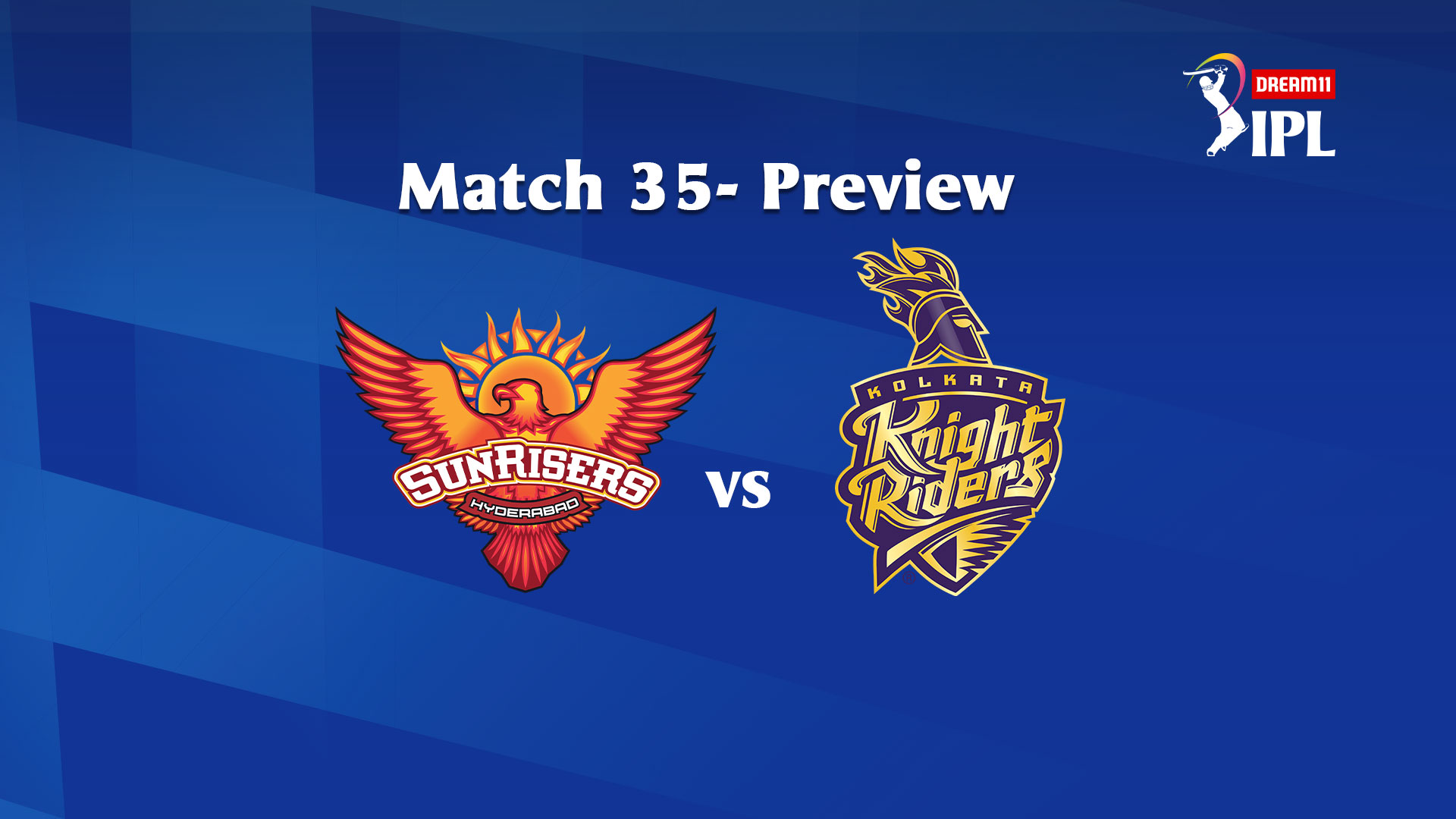 Sunrisers Hyderabad (SRH) and Kolkata Knight Riders (KKR) will eye a winning return when they square off in Match 35 of the Dream11 Indian Premier League (IPL) 2020 at the Sheikh Zayed Stadium in Abu Dhabi on Sunday.

SRH have thus far won three games out of eight while KKR have secured four wins from the eight matches they have played this season.

In their last meeting, KKR managed to tame the David Warner-led unit by seven wickets. While Manish Pandey scored a half-century for SRH, KKR won the game on the back Shubman Gill’s unbeaten 70 and Eoin Morgan’s 29-ball 42.

KKR will be looking to have an encore of that performance. Meanwhile, SRH will be out to level the head-to-head score against KKR.

Here are the players who could turn the tide of the match:

David Warner has always been someone who has led from the front for his IPL franchise. The left-hander will be out to make amends following his low score in the previous game against CSK. If he sets the ball rolling at the top, one can expect SRH to return to winning ways.

The newly appointed KKR skipper scored an unbeaten 39 as he and Pat Cummins did a rebuilding job against MI. But Eoin Morgan will be looking to go one better against SRH. The left-hander will be eager to tonk a few and score big to seal his maiden IPL win as captain.

Sandeep Sharma moved the ball, was extremely tidy and picked two wickets in his four overs, conceding just 19 runs against CSK. SRH, who are looking to avoid a hat-trick of defeats, will want the medium-pacer to come good with the ball against KKR.

Pat Cummins shone with the bat and brought up his maiden IPL half-century when KKR faced MI. While the team will happily take the runs he scores, they will be looking at Cummins, the bowler, to run through the SRH batting line-up which has the likes of David Warner, Jonny Bairstow, Williamson and Manish Pandey.

Kane Williamson was SRH’s top run-getter in their last game against CSK. While SRH could not cross the finish line, the right-hander scored a crafty 57 off 39 balls to keep his side’s hopes alive. He will be looking to continue his good batting form and play a hand in guiding his team to a win.

After captaining KKR for 37 matches across two and half years, Dinesh Karthik handed over the captaincy to Morgan in the middle of the IPL 2020. The wicketkeeper-batsman though, remains one of the most senior members of the KKR unit and will be itching to contribute to the team’s win against SRH. While he did not get a big score against MI, a couple of games before that he had scored a 29-ball 58. He has all the shots in his arsenal and if he fires with the bat, KKR will be in with a chance to seal a win.