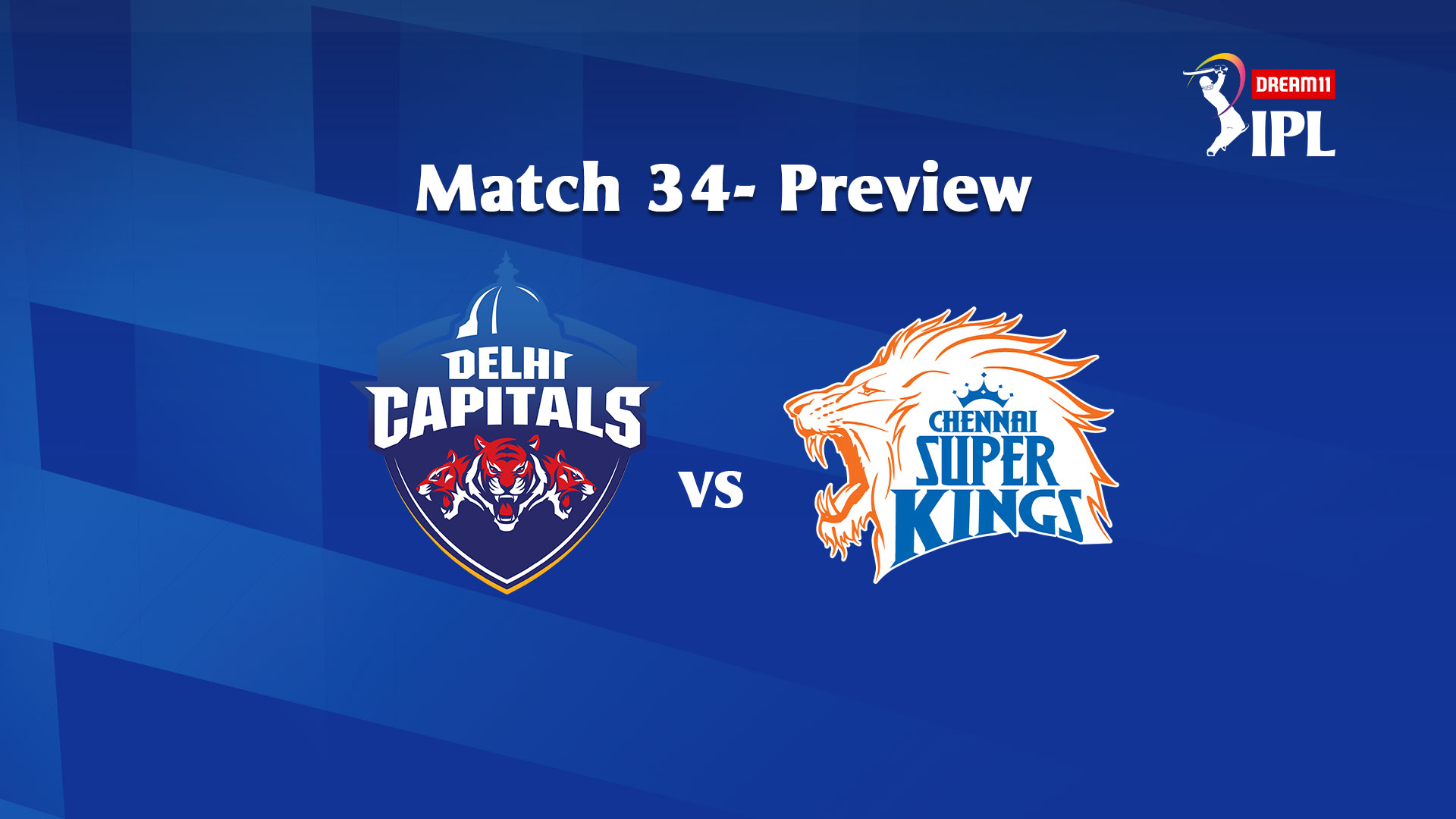 Having won six games out of eight, DC currently occupy the second spot in the points table while CSK, with three wins from eight matches, are sixth.

Both the teams are coming into this game having won their previous games. While DC beat Rajasthan Royals, CSK came out on top against Sunrisers Hyderabad (SRH).

In their last encounter, DC had beaten CSK by 44 runs and will want to make it 2-0 in the head-to-head battles. Meanwhile, CSK will be eager to deny DC the win and with it, an opportunity to move to the top of the points table.

With both the teams looking to build on their winning ways, here are the players who could play important roles in the outcome of the match.

Shikhar Dhawan scored 57 in DC’s last game and notched up his second successive half-century. The left-hander will be looking to extend his good run of form and add another big score to his name. If he fires at the top, it will work as a perfect launchpad for the DC’s middle-order to go big.

Needing some quick runs at the top, CSK opened the innings with Sam Curran against SRH and the move worked as the young all-rounder scored a quickfire 31 off 21 deliveries. Curran also picked a wicket to set the ball rolling for CSK while defending the total. The MS Dhoni-led unit will once again bank on the youngster against DC.

While Jos Buttler took him on in the first over in the DC-RR game, Anrich Nortje, bowling some absolute thunderbolts, showed steel and fought back to pick up two wickets to guide DC home. The right-arm pacer has been enjoying a good run of form and as DC take on CSK, he will be eager to add a few more wickets to his account.

Ambati Rayudu comes into this game following two successive 40-plus innings and the right-hander will be looking to go one better this time around and make it count, scoring big runs against DC.

Although he got out for zero, Dwayne Bravo pulled off a stunning run-out and picked two wickets as CSK beat SRH. The all-rounder also bowled the final over, conceding just a run. He will be eager to shine against DC as CSK seek a second win on the bounce.

He is not amongst runs in the last few games, but Prithvi Shaw will be eager to return to form and do so in some style. However, the last time these two sides had squared off, the right-hander hammered 64 off 43 to set up DC’s win. The performance may work as a motivation for the youngster.