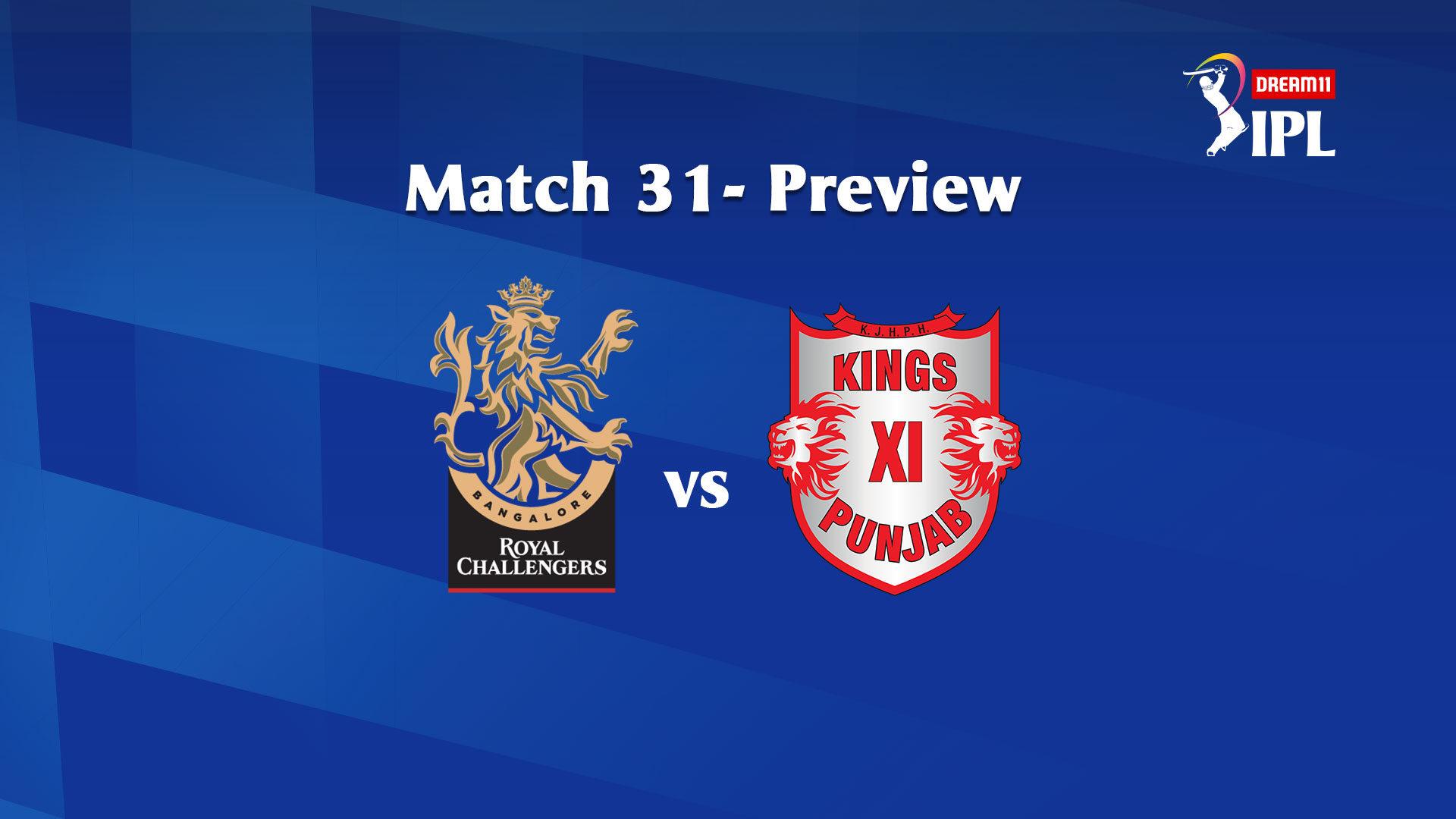 Royal Challengers Bangalore (RCB) will look to continue their winning streak while Kings XI Punjab (KXIP) will be itching to break their losing streak as the two teams square off in Match 31 of Dream11 Indian Premier League (IPL) 2020 at the Sharjah Cricket Stadium on Thursday.

RCB are on the third spot in the points table with 10 points against their name while KXIP are at the bottom of the standings, seeking a much needed move up the points table.

KXIP’s only win this season came against RCB when KL Rahul set the stage on fire to set up his team’s 97-run win and they will be looking to take a lot of confidence from that. RCB, on the other hand, will be eager to settle the scores in these two teams’ second clash of IPL 2020.

Here are the players to watch out for in this game in Sharjah:

73* off 33 balls with 5 fours and 6 sixes! AB de Villiers turned it on and did it in some style when RCB faced Kolkata Knight Riders (KKR) in their last game in Sharjah. Mr 360 was in red-hot form against KKR, and RCB will hope that he comes good once again in Sharjah.

Run hard between the wickets, score runs and repeat. This seems to be Virat Kohli’s mantra of success. The RCB skipper has only been dismissed once in his last four outings with scores of 33*, 90*, 43 and 72* (most recent first). He will be looking to continue in the same vein.

Miserly, effective and amongst wickets. Washington Sundar has not put a foot wrong with the ball in hand. The right-arm off-spinner conceded 20 runs and picked up two wickets in four overs as he and Yuzvendra Chahal conceded not more than 12 in his four overs as RCB tightened the screws against KKR at a venue which has remained a happy-hunting ground for the batsmen this season.

The openers club of Mayank and Rahul

With 387 and 337 runs respectively, KL Rahul and Mayank Agarwal currently occupy the top two spots in the list of leading run-getters this season. Between them, the two have five half-centuries and two hundreds and KXIP will want the duo to continue their merry ways and take the team across the finish line in Sharjah.

Ravi Bishnoi, playing in his first IPL, has shown a lot of heart. While he may have gone for a few runs at times, the leg-spinner has indicated that he has the stomach for fight. The last time these two sides faced each other in IPL 2020, Bishnoi had taken three wickets and he will be looking to have an encore of that performance against the likes of ABD, Kohli, Aaron Finch and Devdutt Padikkal.

He has shown the signs of recovery and KXIP have indicated that he would have played against Sunrisers Hyderabad (SRH). But if Gayle is available, KXIP, with a winning return on their mind, will be looking to pick the big-hitting West Indian in the playing XI. What he can do with the bat needs no explanation.