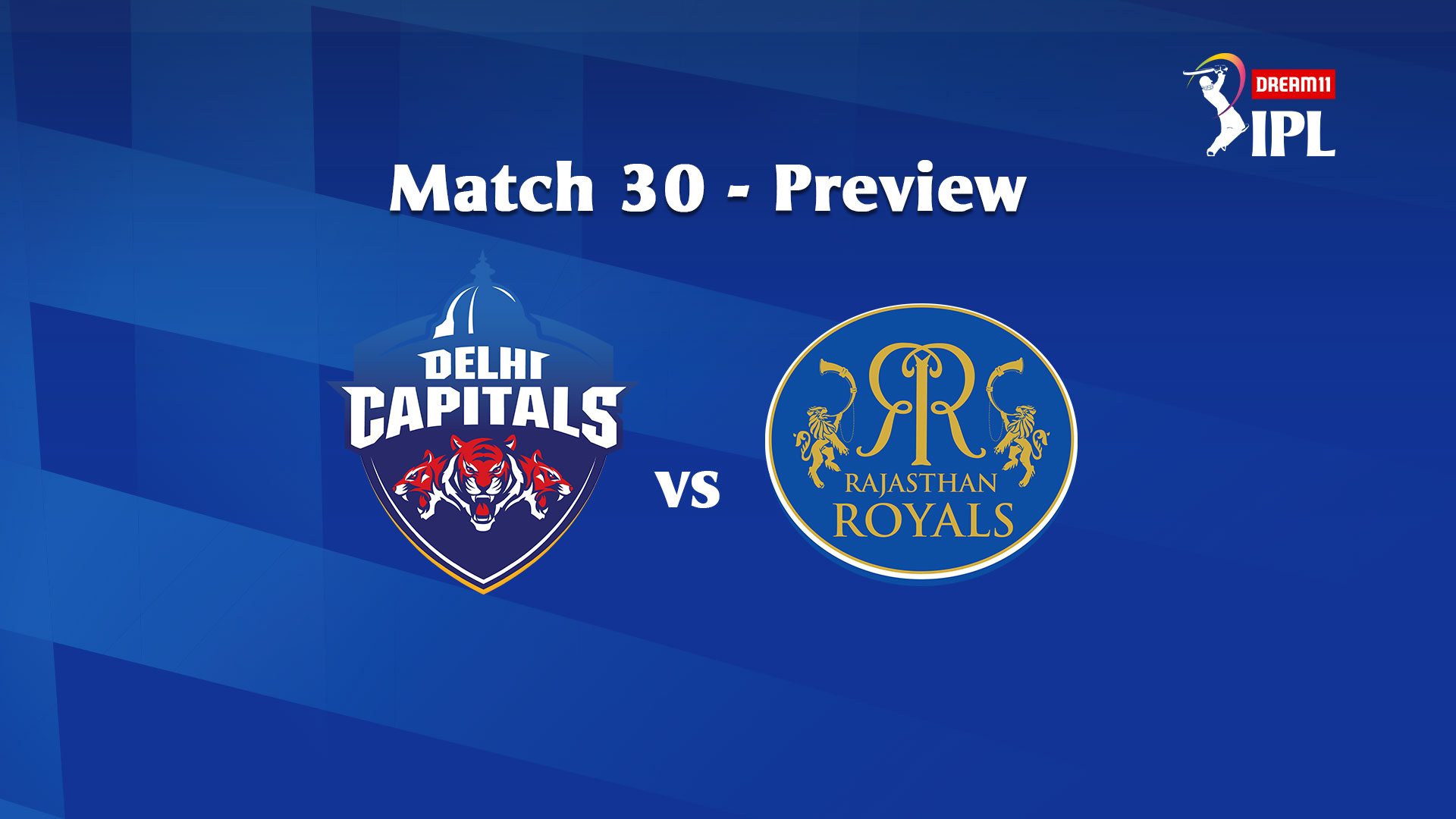 Delhi Capitals (DC) will seek return to winning ways while Rajasthan Royals (RR) will be looking to register second win on the bounce in Match 30 of the Dream11 Indian Premier League (IPL) 2020 at the Dubai International Cricket Stadium on Wednesday.

The last time these two sides squared off in the IPL 2020, DC came out on top, beating the Steve Smith-led unit by 46 runs. While DC will be longing for an encore of that performance, RR will target to settle the scores and make the head-to-head 1-1 in this season.

DC, with 10 points to their name, are currently in the top half in the points table. Meanwhile, RR are on the seventh spot in the standings with six points against their name.

One of the finest modern-day all-rounders played his first game for RR this season when the team faced Sunrisers Hyderabad (SRH). While he did not bowl much and could only score only 5 runs, opening the batting, the England international has time and again proven that he can single-handedly turn the game on its head.

While DC will be targeting their sixth win of the season, RR will target their fourth victory of the season and here are the players who could be decisive to their team’s fortunes in the game.

Shikhar Dhawan scored an unbeaten 69 in DC’s last game against Mumbai Indians (MI) and the left-hander will look to continue his form and contribute to the team’s cause with the bat in hand.

189 runs, 5 wickets and two-match winning knocks. Rahul Tewatia has impressed one and all with his performances, including the one against SRH where he scored a match-defining unbeaten 42 off 26 balls to take RR home. He will once again be out to make a mark.

With every passing game, Kagiso Rabada is extending his lead in the wickets tally. The speedster, with 17 wickets, is currently the Purple Cap-holder in the ongoing season of the tournament. While he did not end up on a winning side in DC’s last game, Rabada picked up two wickets and this time around, he will be looking to make amends and power his side to victory.

With 9 wickets against his name, Jofra Archer is RR’s leading wicket-taker in the IPL 2020 so far. The right-arm pacer returned with the figures of 1/25 in RR’s game against SRH and he will look to add more wickets to his tally and set the tone for RR against DC.

While Rabada is spearheading the DC bowling attack, Anrich Nortje has been remarkable with the ball as well. Nortje has delivered under pressure and the latest testimony of the same his penultimate over against MI, where he conceded just three runs to push the match in the final over. He will be crucial for DC as they take on the likes of Jos Buttler, Steve Smith, Ben Stokes and Sanju Samson.

The youngster was brought back into the RR’s playing XI for the game against SRH and he repaid the faith shown into him by the team management, scoring a match-winning 42 not out off 26 balls to help RR return to winning ways. He will once again be looking to make a mark in RR’s eighth game of the season.