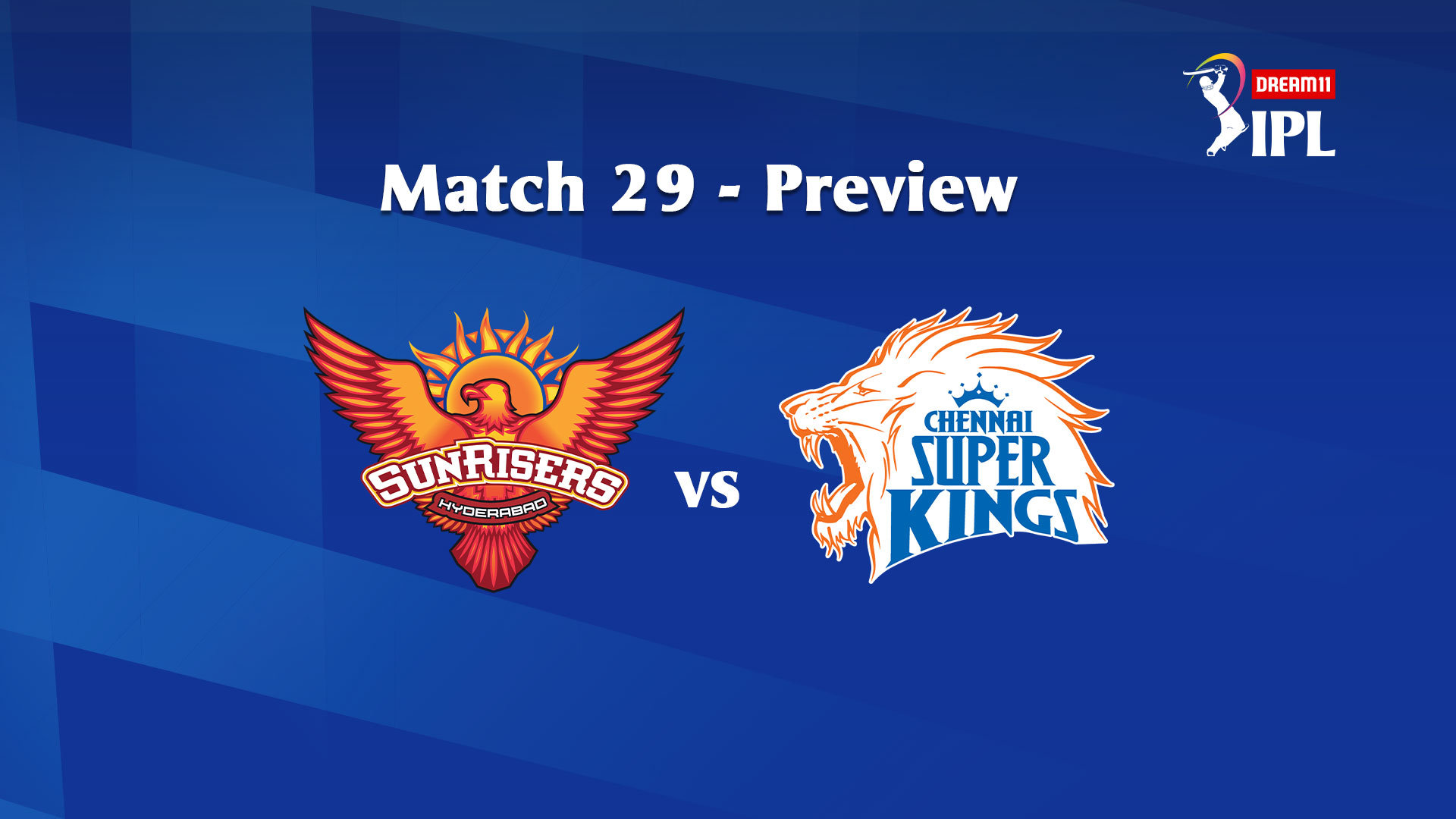 Sunrisers Hyderabad (SRH) and Chennai Super Kings (CSK) will hope for a winning return as they square off in Match 29 of the Dream11 Indian Premier League (IPL) 2020 at the Dubai International Cricket Stadium on Tuesday.

SRH have thus far won three matches out of seven while CSK have two wins against their name from seven games.

The last time these two teams faced each other, SRH came out on top, beating CSK by 7 runs in Match 14 of the IPL 2020. While David Warner and Co. will look to repeat that performance, CSK will be keen to return the favour in their second outing against SRH this season.

As both the teams are looking to move up in the points table, here are the players who could play decisive roles in the outcome of this game.

The SRH skipper narrowly missed out on his third successive fifty in the IPL 2020 when his side faced RR in their last game. However, David Warner will be someone who can set the tone for his team’s batting line-up. The left-hander can bat long and cut loose and he will be yearning to lead from the front as SRH seek a win.

Deepak Chahar will be up against the likes of Jonny Bairstow and David Warner and if he makes early inroads, bowling in the powerplay, CSK will have an early chance to have a crack at SRH’s middle and lower-middle order. The right-arm pacer had picked a wicket against RCB and he will be looking to improve that performance.

He was CSK’s leading run-getter in the last game, but Ambati Rayudu, who had started the IPL 2020 with a match-winning 70* before he had to sit out with an injury, will be out to make a point to score big and score at a brisk pace.

He may not have faced many balls in the tournament, but Kane Williamson has more than once displayed his class, adaptability and ability to find gaps. The New Zealand skipper will want to have another fine, if not a long, outing with the bat against CSK to contribute to the team’s cause.

While Rashid Khan went for a few runs in his last-over against RR, he and SRH will like to believe that it was just a blip, and there’s a reason why they will think on those lines. The leg-spinner has been miserly with the ball, helping his side to keep the things tight, and he will be eager to put up a match-winning show as SRH seek a winning return.

Sam Curran has the pace with the ball and can clear the ropes. CSK will want the England all-rounder to score at brisk pace and then shine with the ball against the batting line-up comprising Warner, Bairstow, Williamson and Pandey.