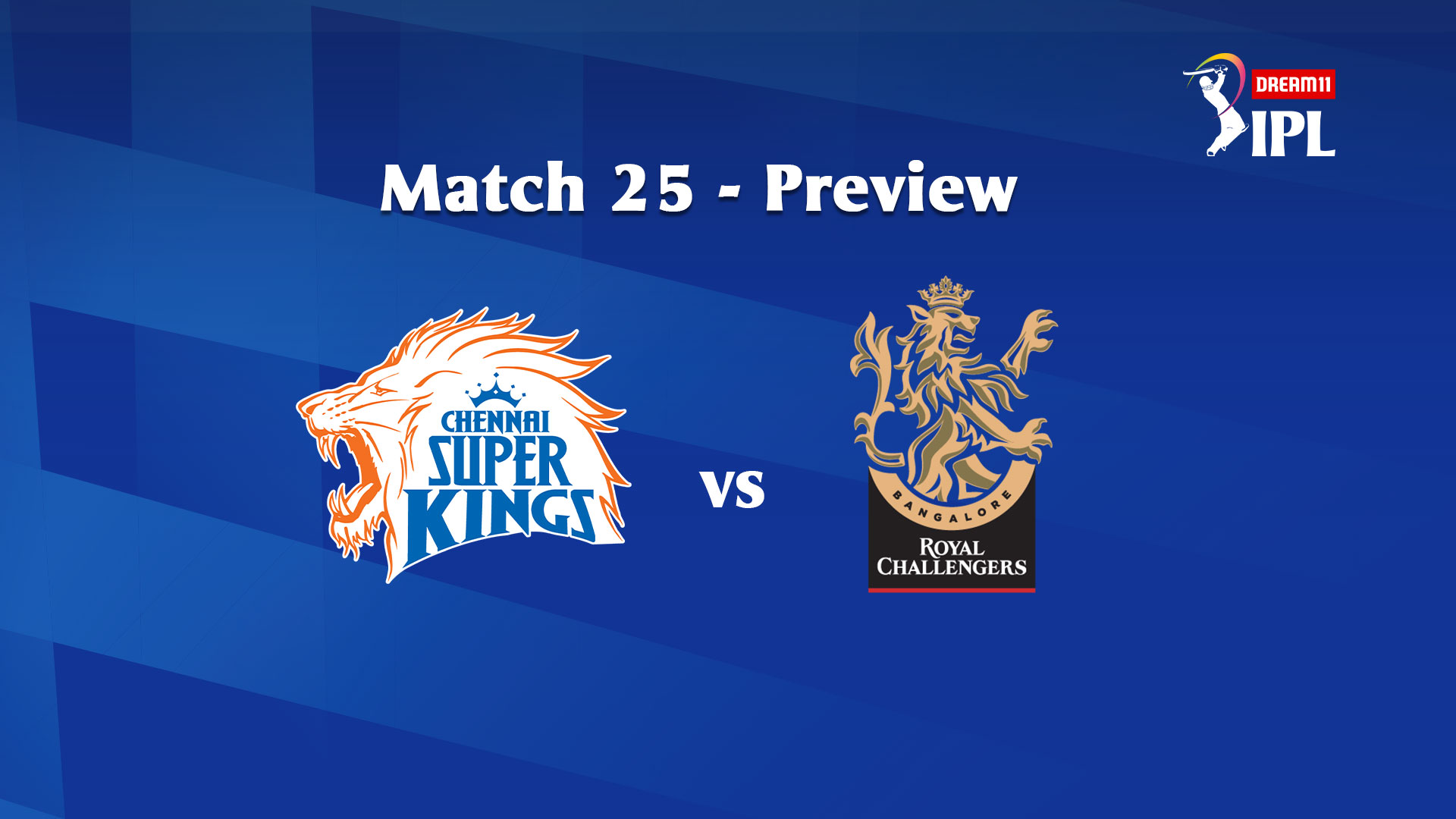 A winning return will be on the mind of both the teams as Chennai Super Kings (CSK) square off against Royal Challengers Bangalore in Match 25 of the Dream11 Indian Premier League (IPL) 2020 at the Dubai International Cricket Stadium on Saturday.

CSK and RCB both have lost their last games. While Kolkata Knight Riders (KKR) denied CSK a win, Delhi Capitals (DC) came out on top against RCB.

The Virat Kohli-led RCB though have six points against their name, having beaten Sunrisers Hyderabad (SRH), Mumbai Indians (MI) and Rajasthan Royals (RR).

CSK, on the other hand, have two wins against their name, having won against MI in the season opener and coming out on top versus KXIP.

Come Saturday, CSK will be seeking their third win while RCB will be looking to secure their fourth win of the season and here are the players who could play a decisive role.

Shane Watson is coming into this game on the back of two successive fifties – 87* against KXIP and 50 against KKR. The CSK opener will be looking to continue his batting form and guide his team to their third win of the season.

While he could only score 17 during CSK’s last game, CSK will once again bank on Faf du Plessis to come good with the bat. He is one run short of completing 300 runs this season, and with him and Watson firing at the top, it will up CSK’s chances to return to winning ways against RCB.

The RCB skipper had scores of 43 and 72* in his last two appearances in this year’s IPL. While his 72* guided his team to victory against RR, his 43 came in a losing cause against DC. However, the RCB skipper seems to have found his touch with the bat and if he gets going against CSK, it will be an absolute treat to watch.

RCB are chasing a win and ABD won’t need a second invitation to come out all guns blazing. While he has not had a big score in RCB's last game, ABD is amongst runs in the IPL 2020, having scored two fifties. If Mr 360 remains in the zone and gets going, then it will be a real treat to watch.

Having taken 8 wickets from 5 games, Yuzvendra Chahal is currently RCB’s leading wicket-taker in the IPL 2020. While the leg-spinner did not pick any wickets in RCB’s last game against DC, he will be someone that Virat will turn to when RCB face CSK.

Brought into the side for his first game of the IPL 2020, Karn Sharma returned with figures of 2/25 in his four overs against KKR. The leg-spinner will now be up against the likes of Virat and ABD and if he puts up a good show with the ball, CSK will have a chance to secure a win.